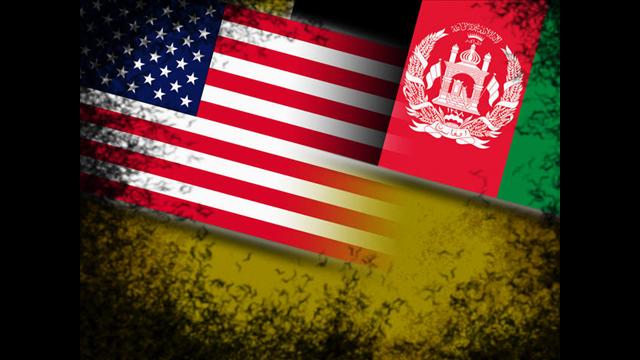 American President Joe Biden has set the month of September 2021 as the new deadline for the US troops to pack off from Afghanistan. The NATO soldiers will follow suit. Afghanistan government will be left to defend itself. President Ashraf Ghani Ahmadzai has reassured his country and other Afghan watchers that his government is capable of defending the country’s security. This is more a rhetoric than a reality. His main adversary, Taliban, actively supported by Pakistan and its mentors, will prove to be stronger and savaging in revenge and retaliation, after the American withdrawal.

The grave concern haunting peace builders is where does this security vacuum leave India and Afghanistan. Contrary to some optimistic observations made by experts that India will have options in post-US security scenario in Afghanistan, India will have to address new threats emerging from Kabul and Pakistan; Islamabad uses the former as its strategic depth. Things do not look propitious for New Delhi as it had not built any bridge to Taliban, and Islamabad, despite the latest track-2 discreet negotiations, will seek to cause damage at the borders.

Afghanistan will remain highly vulnerable as America withdraws without putting any robust security alternatives in place. CIA Director William Burns, during a testimony to the Senate Intelligence Committee underlined this point. He said the security threats to Kabul and beyond Afghanistan have not vanished and it would be difficult to gather intelligence without American troops on Afghan soil. Christine Fair, a scholar of South Asian political-military affairs said, ‘ISI wins, Afghans lose’.  This is a telling comment on American’s decision to pull out its remaining troops from Afghanistan.

Reportedly, there are deep differences of opinion in the US about Biden’s decision to withdraw by September. He announced that he no longer wishes to continue America’s longest war and that the terrorist attack on twin towers in 2001 necessitated sending troops to Afghanistan. Since, those conditions no longer exist, there was no need to continue to station our troops. His supporters would contend that it was time to focus on China and Russia instead of Afghanistan.

Biden may be recalling George Marshall, Army Chief of Staff, who had suggested the swift defeat of Nazism was essential because “a democracy cannot fight a seven year’s war.” The war in Afghanistan is three times longer than that. Biden asserted, “Four American presidents have shouldered the responsibility of American troops in Afghanistan, I do not wish to pass this burden to a Fifth president.”

In US’s military engagement with Afghanistan, it has spent USD 2 trillion, losing 2300 of its  troops. Also 157000 Afghans died in the battles with Taliban militants and other mercenaries. America had deployed up to 100,000 troops, out of which 3500 remain. Supporters of Biden line argue that US has done enough to secure Afghanistan and the peace process set in motion should materialise in the interest of all stakeholders. However, there is no discussion whatsoever about what would happen to India in security terms in post-bellum Afghanistan.

Critics of the Biden decision express deep worries. Republican Senator Lindsay Graham called it a disaster in the making. He warns that Biden may be paving the way for the repeat of 9/11 attack. Pakistan will have a field day in using its strategic depth in Afghanistan disrupting peace and security in the region. Beijing may use the situation to its advantage.

The wheel of history moved a full circle, when Pakistan, patronised by China and Russia, is using Taliban to fight the Americans through the government in Kabul. The US used Pakistan to fight the Soviet invasion of Afghanistan; propped up the Mujahideen with the help from Islamabad. The US made the mistake of militarily feeding Pakistan as its frontline state against its arch rival Soviet Union. Now Pakistan is in another camp, that of China, which has replaced former Soviet Union as a challenger to American supremacy. The other mistake US made is not to have punished Pakistan severely for supporting Taliban and harbouring terrorists.

Since America is not factoring the possible sufferance New Delhi would face, observers would suggest that India should get its ducks in a row. What are India’s options? One school of thought says New Delhi has spent about USD 1 billion on development projects in Afghanistan, and thereby has earned goodwill of Afghan government, public and the moderates among Taliban. New Delhi could harness that positivism for neutralising any anti-India action from Afghan soil.

Second, if it can manage to continue good relations with Iran, it can still influence the developments to a considerable extent in Afghanistan. Recall, New Delhi was developing Chabahar Port in Iran and the railway line onward to Afghanistan. That would give access for India into Afghanistan and Central Asia. Third, if New Delhi could keep Russia in good humour with its defense deals, the latter may continue to support New Delhi in the region. Apparently, Russia brings in New Delhi in its equation with China, be it BRICS or SCO, as counter-weight to Beijing. So New Delhi should have some room for manouvre.

One finds the foregoing forecast of India’s diplomacy in Afghanistan quite optimistic. It is in fact unrealistic strategic thinking. India has no more options than the QUAD plus the support of other friendly countries like Israel, France and Britain. Amongst these countries, US is critical to New Delhi’s security and prosperity. But intriguingly, both US and India are faltering in cementing a robust partnership. If US has determined to build New Delhi as a countervailing power to Beijing in the region, it should fully nudge and support India. It should give space to New Delhi to have a political and security toehold in Afghanistan, that includes New Delhi building up friendly relations with Iran.

Washington should also have special economic and trade relations with New Delhi. Despite Beijing’s border aggression, New Delhi does more trade with China than with US. Washington should not demand reciprocity on trade from India as both countries are not at parity of growth or near enough to treat each other as equals. Washington is also perhaps exasperated with India’s polity of non-alignment, neutrality and multipolarity etc.

Likewise, New Delhi has to make its strategies clearer than they are now. Non-alignment is dead. Multipolarity in world politics is impractical. The current rivalry is between democracy, human rights, rule-based order on the one hand and authoritarianism, irredentism, revanchism represented by China and Russia, and terrorism propped up by their side-kick Pakistan. What is New Delhi’s choice? What are the different poles of power to advocate for a multipolar world?

History is repeating without a bloody confrontation between the Allied powers and the Axis powers, the latter being China, Russia and Pakistan. New Delhi should read the writing on the wall. It cannot go on pretending to be a friend of Russia, buy the S-400 missiles when Moscow openly criticises the Quad and stiches military deals with China and Pakistan.

To sum up, against the backdrop described above, New Delhi should step into Afghanistan with military force. US should put up an Allied command with forces from other countries including India before withdrawing fully. It should wait for the government in Kabul to be strong enough to fight religious fundamentalists, and terrorists. New Delhi could be a major stakeholder in the new scenario. If US wishes to retain its world supremacy, it should treat Afghanistan as its litmus test, so should New Delhi to maintain its security and as a beacon of democracy in the region.