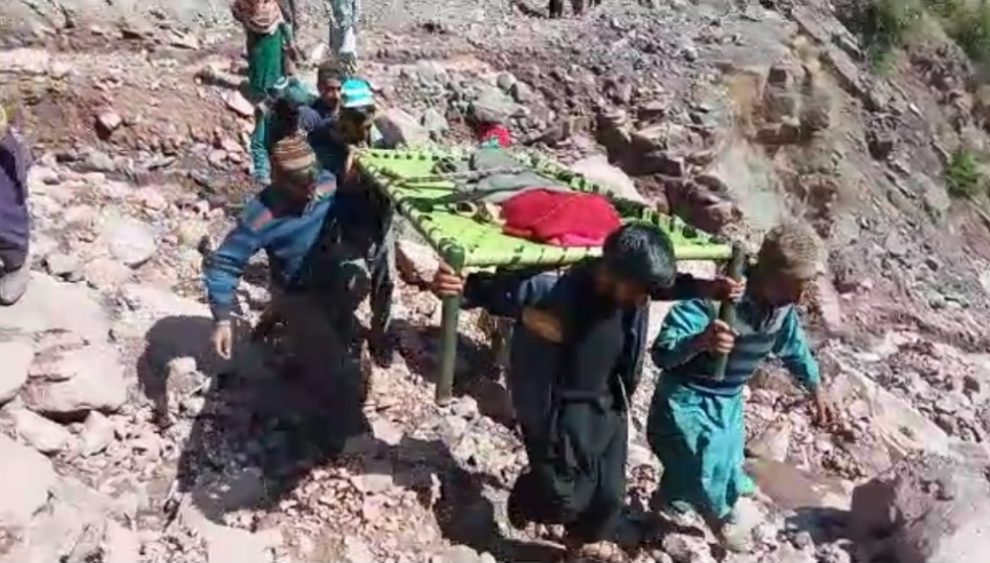 Uri, March 18: A woman died as she could be allegedly to taken on time to hospital due to road blockade in Churanda village along Line of Control in Uri area of northern Kashmir’s Baramulla district on Thursday.

According to locals, Uri to Churanda road is blocked since March 8 near Koli Nala due to landslides following heavy rains earlier this month. “While PMGSY department failed to restore the road for traffic, a young woman died as a consequence to it,” they said.

Nazir Ahmad Dader, uncle of the deceased woman— Zareena Begum (25) wife of Naseer Ahmad Dader of Churanda Uri told that this morning his niece had very high fever and as road was blocked, she was carried on shoulders in a stretcher towards Uri Hospital.

She however died on way to hospital, he said.
He alleged that the precious live was lost due to “negligence” of concerned department. “If the road had been opened with promptitude, a precious life might have been saved.”

Executive Engineer of the PMGSY Sub-division- Uri, Peer Shah Jahan told that landslides continue to occur in the area as the land is totally sodden due to rains.

“Work is ongoing and I am hopeful that the road will be opened in next two to three days for traffic,” he added.

LIC employees protest in Srinagar to oppose IPO, increase in FDI in LIC of India
ACB conducts raid in pollution control board office in Rajbagh
Comment