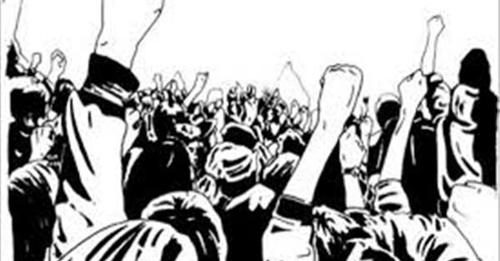 Zakir, a Naib-Tehsildar of 2020 batch hailing from Karnah tehsil of Kupwara district is under fire from the locals for ‘misbehaving and threatening them of dire consequences’ whenever they visit his office for official work.

A delegation of locals told that they fear visiting the tehsil office.

“I applied for the Pahari Speaking People (PSP) certificate of my children in December last year, but to date, they haven’t issued the certificate. I was told by the Naib tehsildar to get the statement of being Pahari written on my form from Patwari but he is not listening and has denied writing so,” said Javaid Ahmad Malik, a local of Garkote village.

“Some time back, when I visited naib tehsildar’s office with this complaint, instead of listening he locked me up in another room for two hours. I was only allowed to go after I called some locals to rescue me,” he said, adding, “We demand his transfer from Uri immediately as he is applying inhuman behaviour with the locals.”

Abdul Qayoom Bhat, 42, another local, told that he had applied for his PSP certificate some seven months back. “But till date, they haven’t disposed of my file despite going from pillar to post. Naib tehsildar is not ready to listen to anything and threatens people to lodge them behind bars whosoever visits his office for official work,” he said.

“As per a recent order issued by the Secretary Law, Justice and Parliamentary Affairs J&K Government, only six officers have been appointed as executive magistrates in Baramulla district in which two are from tehsil office Uri, but there is no mention of Zakir,” said Bashir Ahmad Bhat, a local.

“But we are confused, isn’t there any government body that can investigate why this officer is misusing his power and position. In fact, he has not been nominated as the executive magistrate then why is he threatening the people to lodge FIRs against them,” he questioned.

Erfan Raina, a local of the main town Uri said that he has applied for the PSP certificate in 2020. “But I was denied while my cousins have been issued the certificate. We fail to understand what procedure they apply to issue the certificates,” he said.

“Actual Line of Control (ALC) certificates are being issued these days by the tehsil office but unfortunately they are given on a temporary basis only for border battalion recruitment while we demand permanent certificates. We are deprived of the benefits under this category certificate,” said Mudasir Parray, a resident of Balkote village, along the Line of Control (LoC).

“The unfortunate part is that the authorities have also closed the doors of the tehsil for the public and asked them to approach through windows. All is being done on the instructions of naib tehsildar as the tehsildar Uri has the additional charge of Boniyar division as well,” he said.

Locals of Uri have appealed to J&K Lieutenant Governor (LG) Manoj Sinha and DC Baramulla to get the officer transferred forthwith for the smooth functioning of the tehsil.

However, Deputy Commissioner (DC) Baramulla Bhupinder Kumar said that he is unaware of the matter. “The concerned should file a complaint in my office. I will have it inquired into,” he said. (GNS)