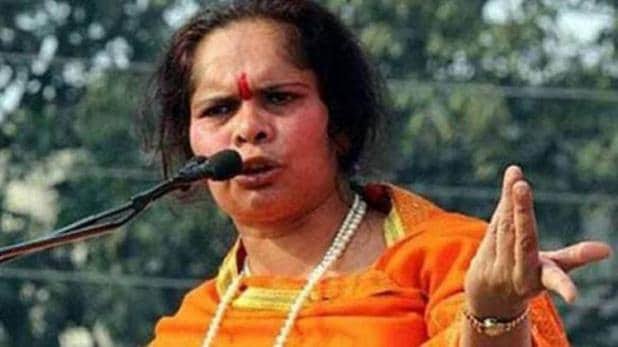 Asserting that the police encounter of the rape accused is the only solution to the crime against women, VHP leader Sadhvi Prachi on Sunday said the Uttar Pradesh Police and Chief Minister Yogi Adityanath must take lesson from the Telangana Police and must kill all the rape accused in encounters.

“Rapists must be punished. There is only one solution. What happened in Hyderabad is the only solution. There should be no appeal, no argument, no hearing but on the spot action,” Sadhvi Prachi told reporters here. “The whole society should felicitate the Telangana Police for what they have done,” she added.

“The Uttar Pradesh Police should consider the Telangana Police as their ideal. Many encounters happened under the rule of Chief Minister Yogi Adityanath. Why not rapists are being killed in encounters,” asked she.
All the four accused of gang-rape and murder of woman veterinarian in Telangana — Mohammed Arif, Naveen, Shiva, and Chennakeshavulu — were killed in the police encounter at Chatanpally, Shadnagar on December 6 morning.
The veterinarian was brutally raped and killed by the accused, who burnt her body in Shamshabad area on November 27. Her charred body was recovered on November 28. an