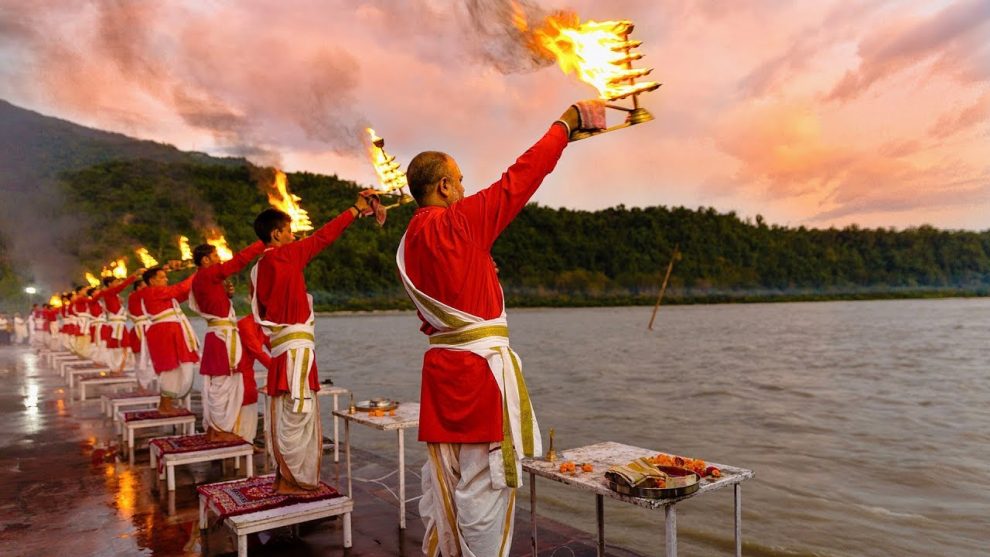 s part of the Clean Ganga Mission, the Yogi Adityanath government will construct 1,038 new platforms at different places including Kashi and Prayagraj where the Ganga Aarti ritual can be performed. The department of Namami Gange has selected 1,038 villages within a 5 km radius on both sides of the river Ganga as the new Aarti Sthal or platform for performing rituals. The department led by the Jal Shakti Ministry would carry out the construction of these Aarti Sthals jointly with the state’s tourist department.

By linking Ganga Aarti with these villages and towns near the river, the Yogi government wants to make the Ganga Swachhta Abhiyan (Clean Ganga Mission) the biggest mass campaign which aims to make the younger generation aware. In its efforts to achieve the objectives of Prime Minister Narendra Modi’s mission to clean river Ganga (Namami Gange mission), the state government confirmed that 62 new STPs (sewage treatment plants) with a treatment capacity of 1522.16 MLD are under construction and would soon be connected to boost sewage treatment capacity in 14 new districts in the state.

As soon as these new sewage treatment plants become operational, a total number of 41 districts in the state would become STP-equipped. At present, 104 STPs are being operated in Uttar Pradesh with a cumulative treatment capacity of 3298.84 MLD. After getting these new STPs, the Jal Shakti ministry would be able to stop a large quantity of chemical and human waste from entering the river.