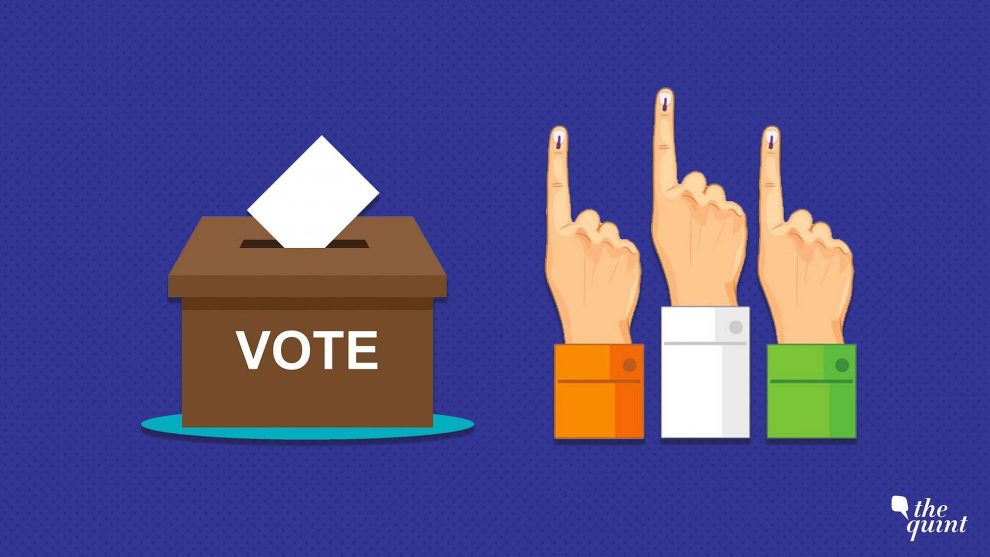 The extravaganza of expenses in Uttar Pradesh Assembly elections is nobody’s guess. The sum is supposed to be whopping. This election, campaigning is becoming more innovative, direct-to-voter, expensive and with doubtful probity. The parties are sweating for having intricate ‘personalised contact’ with the voters in their den apportioning 25 per cent of their budget.

It is raining money for news channels, event managers, election organisers as political parties open up their coffers to net each vote. The note for vote itself has a huge cost.

The Election Commission spent Rs 46 in 2014 up from 10 Rs 1951 per voter. With inflation and multiple phases of polls it is bound to increase. The CMS estimates that each vote costs about Rs 700 in 2019.

Various newspapers and web sites report that the media campaign expenses are to surpass Rs 8000 crore, on November 19, 2021, quoting “industry sources”. It was apparently an organised briefing but all presented as if it was their exclusive.

According to Carnegie Foundation, Indian elections in 2019 cost $5 billion and the US presidential poll $6.5 billion in 2016. Around Rs 55,000 crore, or $8 billion, was spent nationally during 2019 Lok Sabha elections, according to CMS. The report suggests that the maximum amount—roughly a third of the total expense—was spent towards campaigning and publicity. The second largest was putting money directly in the hands of the voter. CMS estimates that roughly 25 per cent, about Rs 15,000 crore, was distributed among voters. About 10 to 12 per cent voters acknowledge receiving cash.

In UP, many parties are reportedly giving special emphasis on poor minority votes, other deprived people and wherever possible helping enlist them for various official benefits like Prime Minister housing. The free food dole has cost the State Rs 2 lakh crore though it is not linked to cash for vote, it is believed to sway psyche of some voters.

Almost all political parties started their campaigning about three months or more before Election Commission announces dates. Most of these expenses such as at meetings, rallies, marches, road shows also have heavy costs and are not part of the expenditures filed with the EC. The Opposition complains that the ruling party has advantages of using official machinery, transportation and other paraphernalia to organise their poll-oriented meetings, inaugurations or launchings of programmes “to woo the voters”. Surprisingly, no party after coming to power acts to prevent it and they also indulge in similar practices.

As far as political parties are concerned, in the 2017 Uttar Pradesh Assembly elections, the BJP showed an expenditure of Rs 111 crore, Congress Rs 18.47 crore. The individual candidates spent as per EC norms Rs 28 lakh, which in 2022 has been increased to Rs 40 lakh. This will be additional, about Rs 193 crore, gross spending by average four major party candidates in each of the 80 constituencies. Smaller parties and independents would be incurring extra.

A major chunk in UP is being spent on the TV news channels, supposedly about Rs 3200 to 3600 crore. Some new news channels have also been launched during this period like Times Now Navbharat and many mushrooming on social media. These small but screaming sites on You Tube and news portals draws viewers and are major beneficiaries.

This apart, parties are spending on targeted perky vitriolic campaign messages through various social sites. The anonymous hate campaigns largely escape the watchful eyes of EC or other authorities. The ‘personalised’ messages have greater reach and have multiplier effect as viewers share with acquaintances.

There are also costs on party volunteers fanning out to remote areas for direct voter meets. The richer and more organised parties are apparently spending more through their campaign managers and small groups. Such campaigns establish dialogue as also give an assurance to the voters that they would have an access even after the polls with their ‘bhaiyyas’, ‘bhaisahebs’ and ‘dadas’ or ‘taus’. The evolving poll method is more expensive than organised meets but supposedly more effective. The live contacts become useful on the polling day to drive them to the booths.

These expenses neither go into the individual candidate expenses nor official party accounts. These individual meets, door-to-door interactions, special lunches, liquor and more ‘touch’ the hearts and give rich dividends. In some cases, the more influential voters are given individual or family bonanzas such as visit to attractive tourist or pilgrim destinations, a party manager says.

Yes, campaigning is becoming complex, personalised and expensive. Inflation at 6 per cent retail and 13 plus per cent wholesale adds to the burden. Parties complain but each time they spend more. About Rs 6.19 thousand crore Electoral Bonds (EB) funding between 2017 and 2019 and small donations this is not a constraint. The BJP has Rs 4.21 thousand crore of it. The Association of Democratic Reforms (ADR) says the combined assets of 48 national and regional parties stand at Rs 7372 crore. In 2019, it says, the BJP spent Rs 763.31 crore, the Congress Rs 488.97 crore and the BSP Rs 55,39 crore.

The Congress spent more for publicity Rs 402.91 crore followed by BJP Rs 376.62 crore. It is evident that the expenses are for organised publicity and what is being done at other plains may not be finding its reflections in accounts.

Since the stake is high in UP, expenses are to be more. The BJP spent Rs 252 crore in five elections to West Bengal, Assam, Kerala, Tamil Nadu and Puducherry. The Trinamool Congress spent Rs 154 crore in State polls. The total funds collected by 19 political parties for the polls in 2021 was ₹1,116.81 crore and total expenditure incurred was ₹514.30 crore.

The CMS says that publicity expenses comprise 35 per cent of the gross, direct voter expenses 25 per cent – an emerging ethical issue, formal to EC 20 per cent and miscellaneous 10 per cent. Thus there is a large 80 per cent gap between the officially projected figures and the actual. The rising campaign expenses, raising eyebrows on ethicality pose a challenge to political probity