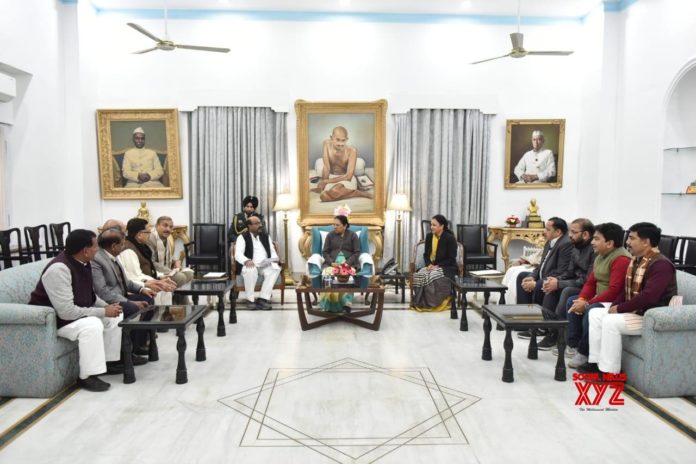 A Congress delegation met Governor Anandiben Patel on Monday and demanded a judicial inquiry into alleged damage of properties by police during anti-CAA protests in Uttar Pradesh.The leaders met the Governor at Raj Bhawan and handed her over a letter written by Congress general secretary (UP East) Priyanka Gandhi Vadra.

Speaking to reporters after the meet, UP Congress chief Ajay Kumar Lallu alleged that police personnel damaged properties during protests against the Citizenship Amendment Act (CAA) in the stat”In the letter, it is mentioned that peaceful protesters were detained and framed in false cases. We have also told the Governor that police were continuously involved in violence during the protests at different places,” said the state Congress president.

Elaborating on his demands, he said, “Our demand is that these issues should be inquired by a sitting judge of the high court as well as by a retired judge.”Lallu further said that he submitted a pen drive containing footage of police involvement in violence during the protests.

“Innocent people should be released at the earliest and the people who are at fault should be strictly punished,” he demanded.Several opposition leaders including Samajwadi Party chief Akhilesh Yadav, AIMIM chief Asadudddin Owaisi have alleged that police broke CCTV cameras and vandalised properties belonging to Muslims during the protests.At least 19 people have lost their lives in violent protests against the National Register of Citizens and the CAA which grants citizenship to non-Muslim refugees of Pakistan, Afghanistan and Bangladesh.