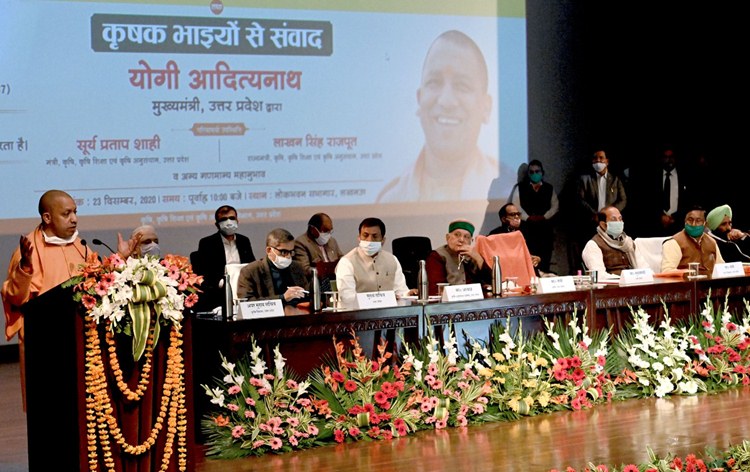 Uttar Pradesh Chief Minister Yogi Adityanath has said that new farm laws are very much beneficial for the farmers but the people who do not want the development of country and farmers are opposing them.

He said that some people are misguiding farmers but farm laws are in interest of farmer.

Mr Yogi was addressing a farmers gathering at Lok Bhawan, Lucknow this morning.

He said that agriculture mandis will continue to work, MSP will also continue and there will be no harm to farmers by the agriculture laws.

He said that new farm laws enable farmers to sell their product in any mandi at any place.

Agriculture Universities and Krishi Vigyan Kendras in state are doing with full throttle for upliftment of farmers.