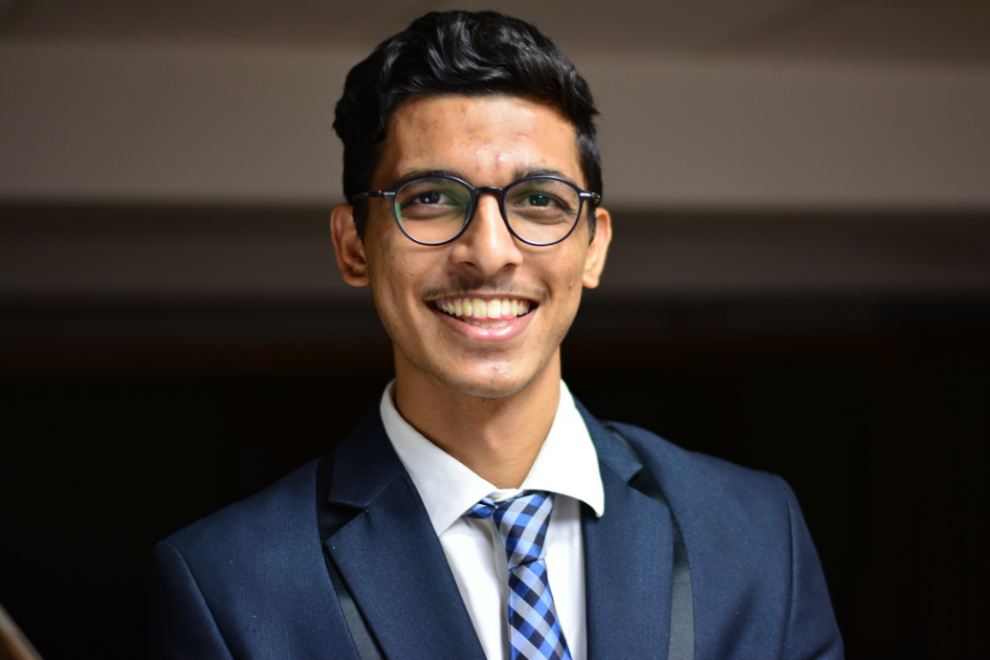 Do you know what Mahatma Gandhi, Nelson Mandela, Savitribai Phule, Jagjit Singh and Muhammad Yunus have in common? They all challenged the status quo, which proved to be transformational and unprecedented. By questioning the strict segregation of races, how women were supposed to relate to their sensuality and identity in public, what folk music was supposed to be or how banks operated, these icons courageously clashed with the times in a way that made them relevant and memorable.

But it is worth noting that these icons weren’t necessarily born fearless. In fact, they had a life full of experiences that shaped their character and gave them the courage to create change.

For example, I would have thought Mahatma Gandhi, as a leader who united India through the Satyagraha movement and accelerated India’s freedom movement, was born courageous. But in his autobiography The Story of My Experiments with Truth, it appears that Mohandas Karamchand Gandhi was a shy, meek and fearful child, as he writes, ‘I used to be haunted by ghosts, serpents and thieves. I used to be very shy and avoided all company; books and lessons were my sole companions.’

His various experiences and low points in England, India and South Africa propelled him to start a four-decade-long fight against oppression. And on his journey, he became a courageous, confident leader and one of the most recognizable figures of the twentieth century by marching on despite the resistance, anxieties and fears he might have felt.

Earlier, in our grandparent’s generation, the definition of courage was more along military lines, such as ‘having no fear of death’ and showcasing bravery in the battlefield.

But today the meaning of courage has changed from an ‘absence of fear’ to ‘going forth despite the fear’. Stanley Rachman, in his wonderful book Fear and Courage, offers one such alternative view that courage is the ‘quality of mind or spirit that enables a person to face difficulty, danger and pain despite anxiety or fear.’

As an athlete, my friends and coaches would tell me to be courageous. But they would usually point to two forms of courage: physical and moral. This was the equivalent of having the courage to jump off a cliff, and standing up against injustice. However, after reading dozens of books and articles, I learnt that there are four types of courage: moral, physical, social and creative.

Moral courage is about the righting of wrongs, taking the risk to speak the truth to those in power, demanding change and facing the consequences.

When she was eleven years old, Malala Yousafzai began advocating girls’ education rights in Pakistan. As an anonymous writer, she wrote a blog on the British Broadcasting Corporation’s (BBC) site titled ‘I am afraid’, describing her fear of the war that was breaking out in her hometown in Swat Valley, and her fear of going to school because of the Taliban.

The Taliban issued a death threat against her, yet she continued to speak out. When she was fifteen years old, she was shot by Taliban gunmen, but she survived. In 2013, on her sixteenth birthday, when addressing the United Nations General Assembly, she said, ‘The terrorists thought they could change our aims and stop our ambitions. But nothing changed in my life except this: weakness, fear and hopelessness died. Strength, power and courage was born.’

People like Malala and Mahatma Gandhi expressed moral courage that brought about visible change and inspired everyday people to stand up for themselves. Moral courage comes from ordinary day-to-day things too, when you stand up for yourself and what you think is right.

Although nothing as world changing as Mahatma Gandhi and Malala, I had a small bout with a moral courage that shaped my personality to what it is today.

Usually, every team has a state-provided manager and a coach. While these titles are impressive, these guys are usually low-level bureaucrats who have never played a sport in their lives. The government has a provision to provide tracksuits, travel allowances and food stipends for all athletes. Although it is not a big amount individually, cumulatively for each age group and category of athlete and sport, as well as for male and female teams, it adds up to a sizable figure.

The normal practice of these managers, exploiting the ignorance of the teenage athletes, is to get them to sign the required paperwork by giving out the t-shirts and tracksuits, but pocketing the funds allotted for the athletes. Most sports people are not aware that they are entitled to an allowance as they usually just trust the management, don’t read the regional language in which the paperwork is written, or don’t wish to speak up and seek trouble. Further, arguing with bureaucrats might cost an athlete their spot on the team for upcoming tournaments, given how political team selection can get.

On one of the final days of the tournament, I managed to get hold of a file of team-related official documents from the managers and read through what we had signed. I realized we had been cheated off a few lakh rupees. I declared that our team would not play in the next round until this issue was addressed. We eventually received our money. While this event was of minor importance, it was my first experience of standing up for what I felt was right despite the fear of consequences. And this made me realize that common people like us too can engage in small acts of courage and affect change in our communities.

Why Egypt and Ethiopia are locked in a dispute over the Grand Ethiopian Renaissance Dam?
“Pitch Perfect”: What do voice and messaging mean for pitching and building an effective brand?
Comment