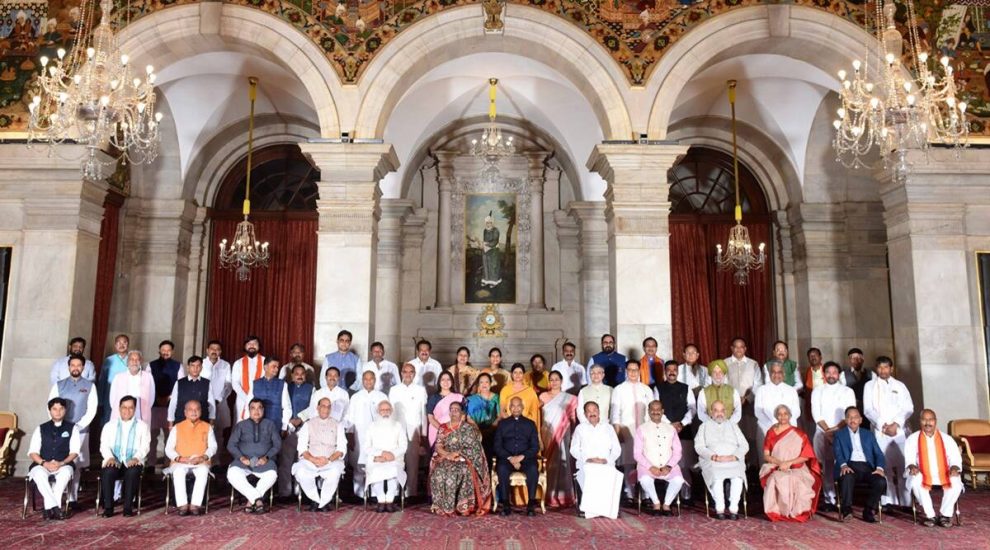 Jammu: In another significant initiative for development of the Union Territories of Jammu and Kashmir and Ladakh, the Central Government has decided that two Ministers each will visit the two divisions of Jammu and Kashmir and an equal number will tour Ladakh every week from August 15 onwards to assess ground situation, address issues of the people and give pace to development.

Initially, the visit of Ministers was scheduled to start from July 20 but in view of Monsoon session of Parliament from July 17-August 11, the tours have been deferred and will start after Independence Day celebrations on August 15, official sources said.

This will be Part-II of the Central Ministers visit to Jammu and Kashmir and first time in the Union Territory of Ladakh. Thirty six Ministers had visited 59 places in different parts of Jammu and Kashmir, mostly in far flung areas interacting with people, listening to their problems and addressing them besides inspecting development works from January 18-25 last year. The Ministers had later submitted their reports to Prime Minister Narendra Modi and Union Home Minister Amit Shah.

“Two Ministers each will visit Jammu and Kashmir divisions every week. While some Ministers will visit Jammu and Srinagar, majority of them are tipped to tour other 18 districts of the Union Territory. The tours will be planned in towns and rural areas to ensure that the people in far flung areas benefit from the visits of Union Ministers,” sources said.

Asserting that Central Government’s public outreach Part-I in January, 2020 was successful as it helped the Centre get feedback of situation on ground and public issues, sources said the situation this time is much better but tours of the Ministers will further help in giving pace to development projects.

“The Cabinet Ministers will also be part of the Part-II public outreach programme of the Central Government,” sources said, adding that the Union Territory of Ladakh is also being made part of the outreach. To begin with, two Ministers will visit Ladakh once a week. The duration will be extended to fortnight later,” they said.

While the public outreach programme in January 2020 had lasted one week, this time it will be a prolonged exercise and visits of the Ministers are likely to stretch to at least couple of months. Last year, five to six Ministers had visited Jammu and Kashmir in a day while this year, two Ministers are expected to tour the Union Territory in a week.

Pointing out that the Central Government had planned visits of the Ministers from this month, sources said since the Cabinet has undergone major overhaul few days back with 36 new Ministers joining the Council, 12 exiting and portfolios of others reshuffled, the Government feels that it will take at least one month to the Ministers to settle down in their departments. Moreover, the Monsoon session of Parliament is also starting on July 17 and will last till August 11 which will be followed by the Independence Day celebrations.

“In view of this, the Central Government has now planned second phase of the Union Ministers’ visit to Jammu and Kashmir after August 15,” sources said.

They added that Central Government’s public outreach in January 2020 during which 36 Ministers had visited 59 places all across Jammu and Kashmir has proved to be very useful in ascertaining issues faced by the people on ground and addressing them. The Ministers had submitted their reports to Prime Minister Narendra Modi and Home Minister Amit Shah.

Sources, however, clarified that there are no political motives attached to the visits of Union Ministers to Jammu and Kashmir and said the visits are purely aimed at interactions with people on ground to address their genuine aspirations.