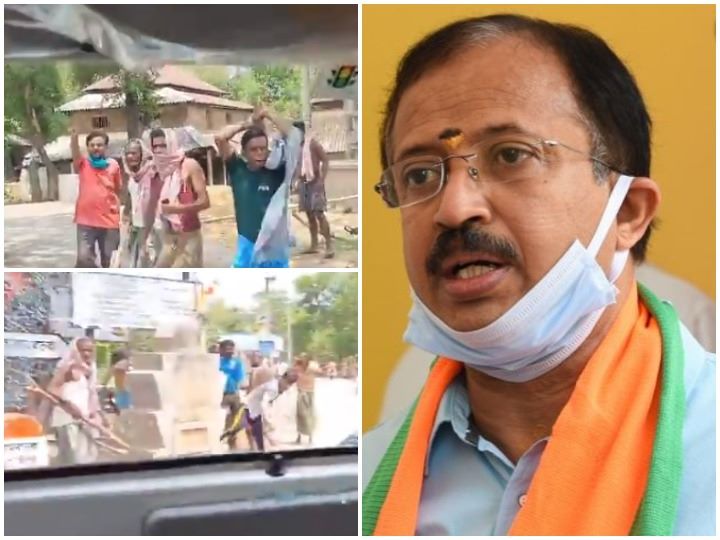 Union Minister of State for External Affairs V Muraleedharan has been attacked by miscreants after he arrived at Ground Zero to inspect the post-poll violence in the state.  He visited the houses of the party workers who were allegedly oppressed by the miscreants of the Trinamool Congress.  Some politically backed mobs reportedly attacked the convoy of the Union Minister of State with sticks.  The minister’s car was vandalized and several journalists were injured in the attack.