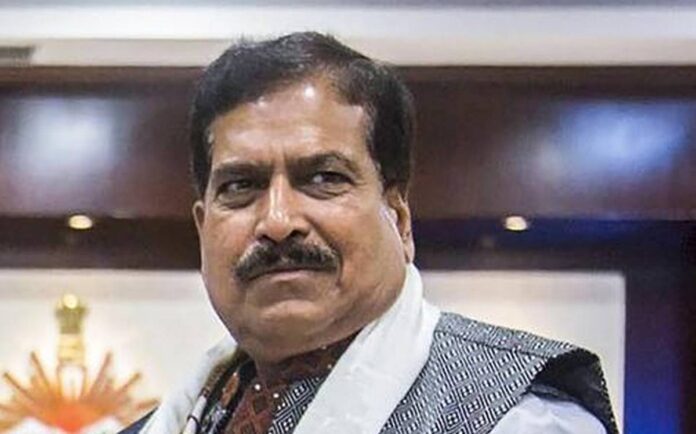 Union Minister of State for Railways Suresh Angadi passed away due to Covid-19 infection on Wednesday, two weeks after being diagnosed with COVID-19, AIIMS top official said.

On 11 September, the 65-year-old minister had confirmed his diagnosis and said that he was doing fine and taking the advice of doctors.

Angadi breathed his last in AIIMS Delhi. He is the first Union minister from Narendra Modi’s Cabinet and the second parliament member to have succumbed to Covid-19 from Karnataka. Earlier, BJP MP from the state Ashok Gasti had passed away due to the virus infection.

At least six MLAs and three MPs have earlier succumbed to it. Former President Pranab Mukherjee, who died on August 31, was also diagnosed as Covid positive.Prime Minister Narendra Modi took to Twitter to offer condolences. He said that Angadi “was a dedicated MP and effective Minister, admired across the spectrum. His demise is saddening.”

The Ministry of Home Affairs declared that due to the sad demise of Suresh Angadi, Minister of State for Railways, it has been decided that the national flag will be flown half mast on 24 September 2020 in all Government offices in Delhi where it is usually flown.

Railway Minister Piyush Goyal said on the micro-blogging website, “Deeply anguished at the unfortunate demise of Suresh Angadi ji. He was like my brother. Words fall short to describe his commitment & dedication towards the people. My thoughts and prayers are with his family and friends in this hour of need. Om Shanti”.

President Ram Nath Kovind also expressed his shock at the untimely demise of the Minister.

“Shocked to know the passing away of Shri Suresh Angadi, Union Minister of State of Railways. An amiable leader Shri Angadi worked tirelessly for the people of his constituency, Belagavi and Karnataka,” he posted on Twitter.https://7de73fc4ec4f0e6504130857dc581c52.safeframe.googlesyndication.com/safeframe/1-0-37/html/container.html