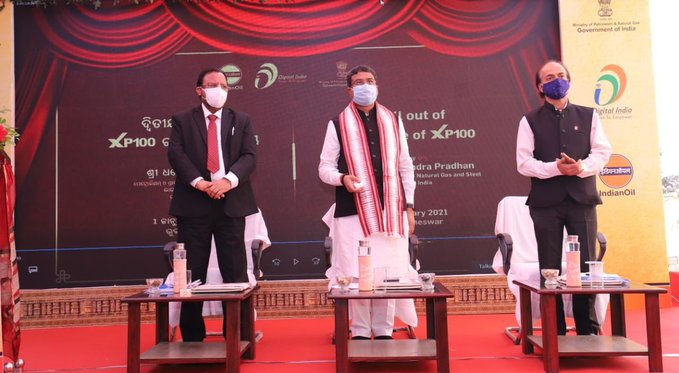 Union Minister for Petroleum and Natural Gas and Steel Dharmendra Pradhan today launched the missed call facility for LPG consumers in Bhubaneswar. Indian Oil LPG customers can now give a missed call to 8454955555 for refill booking for all India and for new connection for Bhubaneswar city. The Minister also rolled out the second phase of the world class octane 100 premium grade petrol, under the brand XP 100.

AIR Correspondent reports, launching the missed call service, the Union Minister described it as an example of success of Digital India Mission and a step towards ease of living for the citizens. He said, the missed call service for new connection will soon be expanded to the rest of Odisha and subsequently to the entire country.

The Petroleum Minister said that while about 13 crore people were given LPG connection between 1955 and 2014, now it is about to reach 30 crore, representing a quantum jump there by empowering Indian women. Rolling out the Indian Oil’s branded XP 100 to seven more cities including Bhubaneswar, Mr Pradhan said it epitomizes the Prime Minister’s vision of Purvoday.