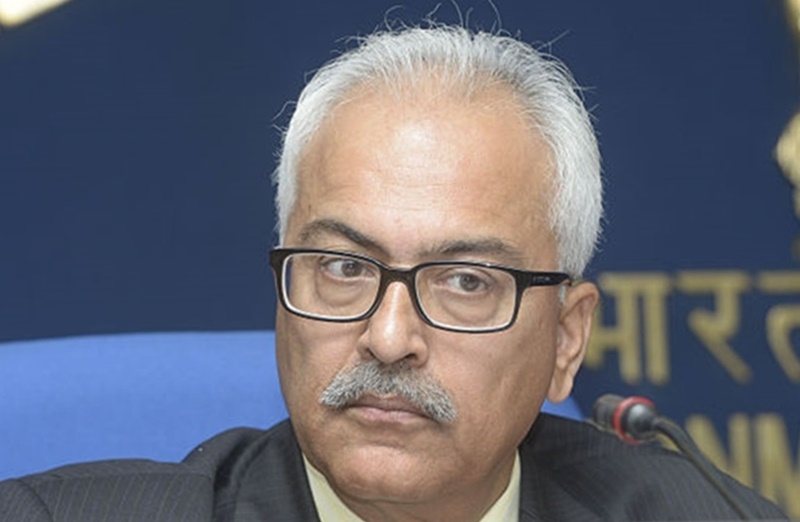 Union Home Secretary Ajay Kumar Bhalla on Friday chaired high-level meeting and reviewed the status of COVID19 in Chhattisgarh and Uttar Pradesh. Both the states are reporting very high number of daily new COVID19 cases and high deaths. Chhattisgarh and Uttar Pradesh along with Maharashtra are the only three States in the country which have more than one lakh active cases. Chhattisgarh has reported nearly 6.2 percent increase in weekly new COVID cases. Uttar Pradesh has reported a growth rate of 19.25 percent in daily new cases. 46 districts in Uttar Pradesh have crossed their reported highest cases in the last 30 days. Lucknow, Kanpur, Varanasi and Prayagraj are the most affected districts.

The reported shortage of hospital infrastructure such as ICU and oxygen supported hospitals beds resulting in difficulty to the public in easily accessing critical healthcare services were discussed during the meeting. The States were advised to increase the number of isolation beds, oxygen beds, ventilators, ICU beds and ambulance fleet. The states have been asked to focus on mortality reduction by early identification of positive cases and adherence to national treatment protocol.

The Union Health Secretary informed that the States’ demand for oxygen cylinders and demand for additional ventilators will be met very soon. The Union Government has mapped the manufacturing sources of Oxygen with the 12 States reporting the highest number of daily new cases. States have been advised to increase dedicated COVID19 beds and use the available buildings in the Hospital campus for creation of additional COVID19 dedicated wards. Both the states have been asked to increase testing in all districts with a minimum of 70 per cent RT-PCR tests and use of Rapid Antigen Tests as screening tests in densely populated areas. They have been asked to ramp up effective and timely tracing, containment and surveillance activities to curb the chain of transmission.