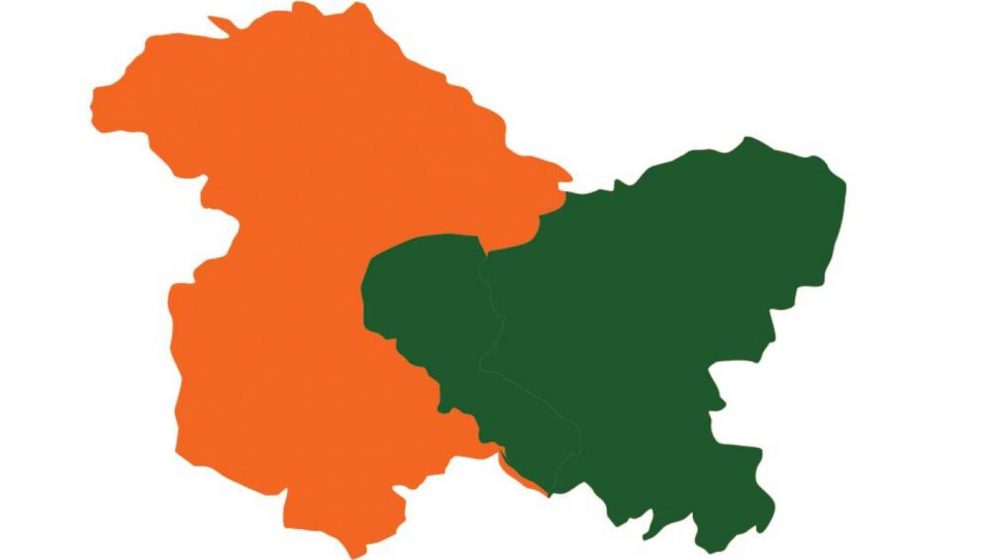 JAMMU: The central point of interest that emerges from the All-Party meeting on Jammu and Kashmir is a quickened-up delimitation of assembly constituencies as the first step towards resuming the political process, but this is already a tightrope for all stakeholders.

It is reliably learnt that in follow up to the All-Party Meeting the Center, in consultations with the Election Commission, may amend the structure and profile of the Delimitation Commission to give space to every major regional political party in Jammu and Kashmir.

The Commission had earlier co-opted the Members of Parliament in Lok Sabha as associate members. Currently, only the Bhartiya Janta Party and the National Conference have representation in the Lok Sabha with two and three members respectively. The National Conference had earlier refused to participate in the delimitation process saying that it would not engage in any process based on or outcome of August 5, 2019 developments.

Now since the NC and even Peoples Democratic Party appear to have made a significant climbdown and shown interest in the delimitation process, the Center may create space for all parties to share their views with the Commission. It is likely that besides NC and PDP, the Apni Party, Peoples Conference, CPI(M) and the Panthers Party could get and opportunity of consultations with the Delimitation Commission. The invitation could go out to all those parties which have a presence in the District Development Councils.

As the Prime Minister also reiterated in the All-Party Meeting, the Center is too keen to have the delimitation report out as soon as possible but also with wider acceptability. Opportunity to more parties to have a say in the process will help make the report more acceptable.

The provision for delimitation comes as part of the overall political package of August 5, 2019 which, among other things, aimed to alter the old political order and help create new realities, actors and influences. As clearly provisioned in Jammu and Kashmir Reorganisation 2019, the delimitation has been seen with much hope in Jammu region and suspicion in the Kashmir valley.

The erstwhile state’s legislative assembly had provision for 87 constituencies of which 46 were in Kashmir Valley, 37 in Jammu region and 4 in Ladakh region. This gave Kashmir Valley nine seats more than Jammu was therefore a major political issue in the latter region. The last delimitation in Jammu and Kashmir had happened in 1995 under the Governor’s Rule. Before that, only two delimitations had happened -first in 1963 and second in 1976.

Even as Kashmir and Jammu are administration divisions of a single political entity and not two different electoral entities, the feeling of political discrimination in Jammu region is profound and has existed across the decades. The Reorganisation Act of 2019 calling for fresh delimitation has sprung unprecedented hopes in the Tawi basin area of Jammu region, but this is being watched with concern in the Kashmir Valley.

Following exit of Ladakh from Jammu and Kashmir, the population proportion between the regions is following: Kashmir has 56 percent of the Union Territory’s total population while Jammu had 44 percent. This marks a significant difference with Kashmir’s population being 12 percent higher than Jammu’s.

However, the geographical area -which is also key factor in delimitation -is much higher in case of Jammu than Kashmir. Jammu accounts for 62 percent of the Union Territory’s total area while Kashmir has 38 percent. This is the factor several Jammu parties and groups are exploring to tilt the power balance in region’s interest.

The cartography for the first ever legislative assembly -also the constituent assembly -was roughly based on the Praja Sabha -the assembly under Mahraja Hari Singh. Since Jammu had lost a significant part of its territory to Pakistan in 1947, this was also a factor for the region getting much lower number of assembly seats than Kashmir.

DCGI might soon give ‘emergency use’ approval to Moderna’s Covid-19 vaccine for adults above 18 years: Sources
COVID vaccine trials were a triumph now we need a similar system for antibiotics
Comment