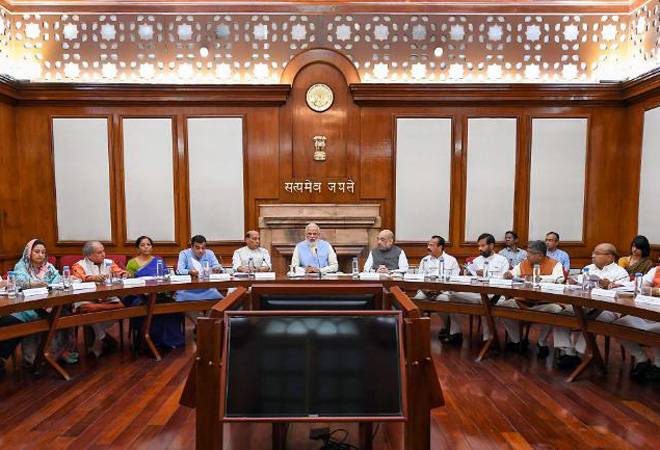 The Union Cabinet chaired by Prime Minister Narendra Modi on Tuesday approved Rs 8,500 crore for updating the National Population Register (NPR).The meeting was held to consider a proposal to earmarking funds for updating the NPR which is a list of “usual residents” of the country.

The proposal was a part of the agenda of the cabinet meeting. Sources told PTI that the Modi cabinet gave its go-ahead to update the NPR along with the house-listing phase of Census 2021 from April to September 2020 in all the states/union territories, except Assam.The data for the National Population Register was collected in 2010 along with the house listing phase of Census of India 2011.

The updation of this data was done during 2015 by conducting door to door survey. The digitisation of the updated information has been completed.

Now it has been decided to update the National Population Register along with the Houselisting phase of Census 2021 during April to September 2020 in all the states/UTs except Assam, according to the website of the Office of the Registrar General, and Census Commissioner.

A gazette notification to this effect was issued in August this year.”In pursuance of sub-rule(4) of rule 3 of the Citizenship (Registration of Citizens and Issue of National Identity Cards) Rules, 2003, the central government hereby decides to prepare and update the Population Register….and the fieldwork for house to house enumeration throughout the country except Assam for collection of information relating to all persons who are usually residing within the jurisdiction of Local Registrar shall be undertaken between the 1st day of April 2020 to 30th September, 2020,” said the notification.

The NPR will be prepared at the local (village/sub-Town), sub-district, district, state and national level under provisions of the Citizenship Act 1955 and the Citizenship (Registration of Citizens and issue of National Identity Cards) Rules, 2003.