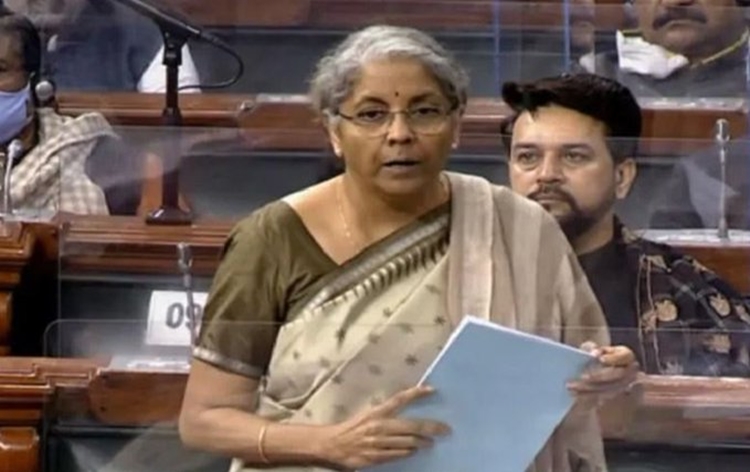 Union Finance Minister Nirmala Sitharaman said that the Union Budget for 2021-22 has set the pace for India to become Aatmanirbhar through reforms and stimulus.

She said the Budget will provide necessary impetus to the growth of the economy affected by the Covid-19 situation. Reforms taken up by the Government will lay the path for making India one of the top economies of the world, the Minister added.

While replying to the general discussion on the Union Budget in the Lok Sabha today, the Finance Minister said, the government took the Pandemic challenge as an opportunity and took bold steps for long term growth of the economy.

Talking about the Budget allocation made for  various sectors, she said, one lakh 15 thousand crore rupees have been transferred to more than 10 crore farmers under the PM-Kisan Samman Nidhi scheme. She said, capital expenditure to the defence sector has been increased by 18.8 per cent in comparison to previous allocation.

She added that increase in capital expenditure will improve the demand for the core industries and generate the employment. She said, the government has taken the holistic step for developing health infrastructure by making water and sanitation a key component of the health sector.

The Finance Minister also rebutted the allegations of the opposition for helping the crony capitalists. She said, NDA government has taken the steps for the welfare of poor, farmers, small and medium business who are not crony capitalists.

She said, poor people have benefited from the various initiatives like PM Garib Kalyan Yojana, PM Swanidhi Yojana and PM Awas Yojana. She said, a total of 29.87 crore rupees have been provided under three Atma Nirbhar packages and PM-Garib Kalan Yojana.

In a sharp attack on the Congress party’s stand in the Lok Sabha during the discussion on the Budget, she said, it has become the tendency of the party to propagate false narratives and demean the sanctity of the constitutional bodies. She said, Congress does not believe in parliamentary democracy.

Raising ten questions and seeking explanation from the Congress party, she asked why Congress took a U Turn on the farm reforms when it was mentioned in their 2019 manifesto. She further added that Congress announces loan waiver for farmers before polls but never implements it.

She asserted that not a single Agriculture Produce Marketing Committee has been closed in the country and on the contrary budget provisions have been made to provide assistance to the States to improve the infrastructure of the APMC.

Further attacking the Congress, she said, the party made a paradigm shift from hybrid socialism adopted after the independence to sudden liberalization of the economy in early 90s.

Ms Sitharaman said, from the days of Jan Sangh to BJP, her party has always followed the ideology of supporting Indian economy by respecting wealth creators and honest citizens.