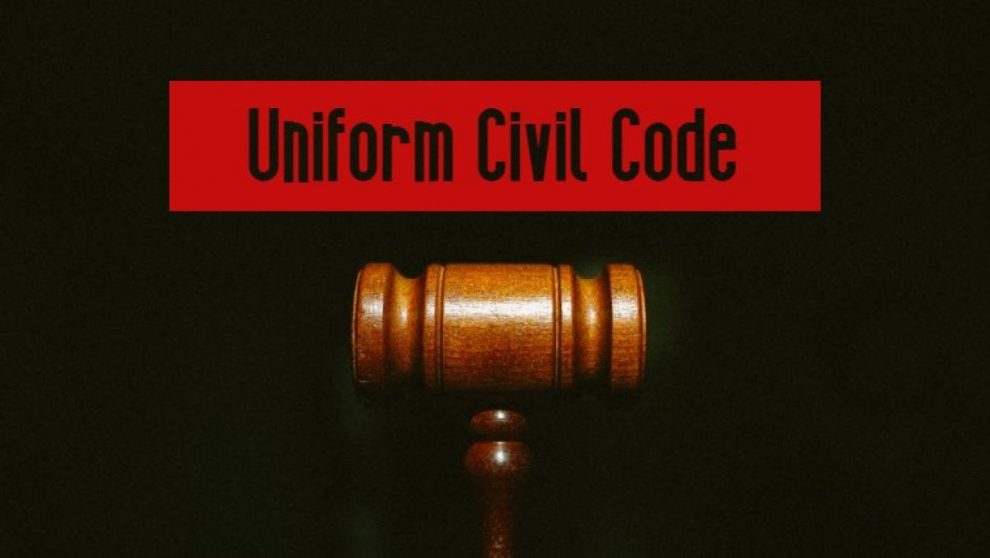 Article 44 of the Indian Constitution lays down that the state of India shall endeavour to secure a Uniform Civil Code for the citizens throughout the territory of India. Article 44 is one of the Directive Principles of State Policy of India. The members of the Constituent Assembly in 1948-49 made it the responsibility of the future Indian government to find a middle way between the individual liberty and the public good in order to achieve the goals of the Directive Principles of the State Policy as enshrined in the Indian Constitution.

The Constitution of India came into force in 1950 and the directives to the state provided therein are the parameters of really analysing the effectiveness of the nation as not a mere state only but a Sovereign and Democratic Republic. In this regard, the Article 44 is an important debatable issue related with one major directive i.e., securing a Uniform Civil Code. The UCC administers the same set of secular civil laws to govern all people irrespective of their religion, caste and social grouping. The need for such a code takes into account the constitutional mandate of securing justice and equality for all citizens. A uniform criminal code is applicable to all citizens irrespective of religion, caste, gender and domicile in our country. But a similar code pertaining to marriage, divorce, succession and other family matters has not been brought into effect even after seven long decades of establishment of the constitutional edifice for the people at large. The personal laws vary widely in their sources, philosophy and application. Therefore, there is an inherent necessity to think fresh in this regard to secure the common civil code.

The truth of the matter is that the state of India has failed to realise the wishes of the founding fathers of the Indian constitution in regard to the implementation of the idea of UCC. The civil code, if enacted will deal with the personal laws of all religious communities (living in India) relating to marriage, divorce, adoption, custody of children inheritance, succession to property etc. which are all secular in character of Indian state and to enhance fraternity of unity among citizens by providing them with a set of personal laws which incorporates the basic values of humanism. Politicizing the concept of UCC by various political parties, social organisations and religious denominations made it a controversial issue and thus the issue remained undebatable till date. Things have come to a situation now that the issue deserves to be solved and solved for ever in order to realise the dream of an egalitarian society.

In this context, much misapprehension was aroused among the Muslim community in India by the politicians in order to use the community as a mere vote bank to garner votes without taking due care of the future of the society and the nation. All advanced and developed nations and welfare states have common civil code applicable to all its citizens irrespective of religious or social identifications. Ironically, Islamic countries like Syria, Tunisia, Morocco, Pakistan, Iran etc. have codified the personal law wherein the practice of polygamy has been either totally prohibited or severely curtailed to check the misuse and abuse of this obnoxious practice. The tragedy is that a secular and democratic country like India is lagging behind in according red carpet welcome to Article 44 only because of the political vested interests.

Article 35 of the draft Constitution of India was added as a part of the Directive Principles of the State Policy in part IV of the Constitution of India as Article 44. It was incorporated in the Constitution as an aspect which would be fulfilled when the nation would be ready to accept it and the social acceptance to the UCC could be made by evolving a consensus. Certain developments over the last some years have created a situation that necessitates a fruitful debate on the issue. There is a good atmosphere to take up the discussion at a bigger level keeping in view the desire of the younger generations of the country to solve the unsolved national issues as soon as possible. The recent hijab controversy has only fast forwarded the debate.

Right from the year 2013 to the year 2019, removal of Article 370 and 35A was the core issue of all elections in the country. Immediately after the 2019 verdict at the Centre, the government went ahead with the move successfully and brought a historic change leading to a paradigm political shift in the discourse. It seems now that the agenda of 2024 national elections will surely attract the attention of the nation towards the importance of bringing the UCC through the parliamentary and constitutional procedures (as in the case of abrogation of Article 370) in case the issue is not taken to the logical conclusion by that time.  There is no doubt that currently the whole nation is obsessed with the elections in five states including in the biggest state like UP. Things will emerge on the surface once the elections in the five states are over and the Rajya Sabha elections are also held in due course of time affecting the strength of the ruling dispensation in the House positively.

Though the Hijab controversy was pushed through by the vested interests in the background of the elections in the five states to impact the mandate of the elections notwithstanding the fact that a number of nations in the world have already banned hijab and burqa in public places. The latest in this context is the example of Sri Lanka. While the Supreme Court of India has already refused to go into the merits or demerits of this issue, the Karnataka High Court has given an interim decision banning wearing all sorts of religious symbols in schools and colleges of the state. The controversy was raised with political motivations despite the already existing judgement on the issue. In order to be very precise, it would be in the fitness of things to quote Kerala High Court judgement of 2018 in regard to the hijab controversy in this connection that upholds the right of the institutions to decide on the uniform dress code:

The above referred judgement showcases clearly the outlook of the judicial and constitutional institutions of the country in such a context. The Apex Court, a number of times in the past, raised questions and queries before the state machinery about the implementation of the UCC. It also made a number of observations in this regard suggesting fast forward movement on the issue. The controversy of hijab, despite the final outcome of the matter subjudice in the Karnataka High Court, has brought the issue of the Uniform Civil Code into an important discourse narrative at an appropriate political timing.

The results of the elections in the five states will definitely determine the speed of the fast forward movement of the UCC. The mandate this time will also be followed by a discussion and debate on various issues of national importance and concern including the uniform civil code. It is time to contribute to such discourse and debate on all available channels leading to a national consensus on the issue/s.

(The author is a senior BJP and KP leader and Incharge, Deptt of Political Feedback, BJP-J&K )