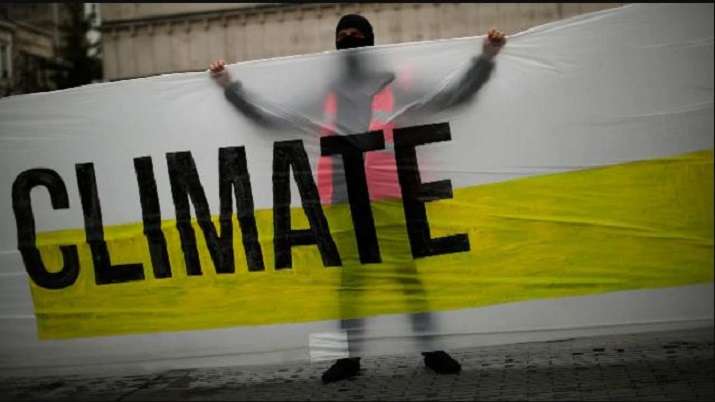 The recently released ‘Emissions Gap Report’ by UNEP has found that though carbon dioxide emission globally is predicted to fall by 7 per cent this year due to the Covid-19 pandemic the current policies of the countries have put the planet on a 3 deg C temperature increase trajectory. Moreover, reports indicate that the year 2020 will be one of the warmest on record and so also the present decade.

The annual report assessed the gap between anticipated emissions and levels consistent with the Paris Agreement goals of limiting global warming this century to well below 20 deg C and pursuing 1.50 deg C. It found that global GHG emissions have grown 1.4% per year since 2010 on average. As far as India is concerned, the country was fourth in terms of overall emissions (37 GtCO2e) in 2019 with China (14 GtCO2e) and USA (6.6 GtCO2e) and UK+UK (4.3 GtCO2e) being the top three.

Though in terms of per capita emission, India’s numbers are nearly one-third of the global average and nearly one-seventh of the biggest polluter, the US, the situation in the country is quite alarming as emissions increase. Since over a decade experts have been advising reducing dependence on fossil fuels and tapping various types of renewable energy. Though action has been taken by most countries, including India, it has emerged that efforts are not quite sufficient.

While there is much talk about carbon dioxide polluting the environment, there is little discussion on soot that comes from the combustion of diesel, jet fuel etc. In fact, researchers feel that soot is the second leading cause of global warming after carbon dioxide, a stronger factor than methane. It is estimated that seven million people worldwide are affected by soot. Another problem affecting India, and many other Third World countries, is indoor air pollution, resulting in premature mortalities annually.

If the present situation is allowed to continue in current form, it cannot be denied that it shall indeed be disastrous to human health and welfare. The obvious answer or rather way out will be to look towards renewables, specially solar and wind power, insofar in the Indian context. However, experts have voiced their opinion that more efforts are required to switch to the renewable sector and at a faster pace.

The situation in India is somewhat different in comparison to the developed nations as also the newly emerging countries. The increase in air pollution in most metros is greatly affecting those living in slums, squatter settlements, refugee colonies and even on pavements. These people are facing the brunt of pollution in a bigger way as they breathe more polluted air than those living in houses and apartments.

Two recent developments need special mention. Firstly, India recorded a 6% decline in emission of hazardous sulphur dioxide (SO2) in 2019 compared to 2018—the first decline in past four years. But by contributing 21% of global anthropogenic emissions of sulphur dioxide, India continues to be at the top in the list of big emitters. The overall SO2 emissions fell for all the top three emitters – India, Russia and China.  Releasing the findings, the Centre for Research on Energy & Climate Air (CREA) and Greenpeace, it attributed the decline in the country’s SO2 emission to its stride towards renewable energy and less consumption of coal.

The report, however, expressed concern over growing resistance among existing coal-based power plants in India to move to cleaner technology in a time-bound manner as initially planned by the government in 2015. Since SO2 is a poisonous air pollutant that increases the risk of stroke, heart disease, lung cancer and premature, the Ministry of Environment, Forests and Climate Change had in December 2015 introduced SO2 emission limits for coal-fired power stations and asked these to install flue-gas desulfurization (FGD) to reduce emissions within two years. The December 2017 deadline had to be moved to 2022 after most units failed to install the technology, which obviously is not good news.

Secondly, the Modi government recently decided to set up Rs 40,000-crore bet on new technologies to de-carbonise India’s vast resources of black diamond as the world’s second largest coal consumer continues to draw flak from climate activists. Coal India and its subsidiaries are in the process of setting up five projects to make methanol or methyl alcohol from coal, using what is known as CTL (coal to liquid) technology). While CTL is the latest technology being deployed, the bid to find cleaner use for coal was launched with Rs 13,000 crore coal to gas or coal gasification project in Odisha’s Angul district.

The situation craves for far more serious consideration with the emissions increasing. Though some steps have been taken in the country with renewed thrust on renewable energy as also emission of vehicles, other areas like controlling industrial pollution, outdoor pollution etc. need to be checked. Moreover, polluting trucks and matador vans operating in semi-urban areas and small cities continue to operate with regulatory agencies mostly absent.

Additionally, there is need to electrify vehicles and transport, use electric furnaces in industry, use electric conduction cook tops instead of fuel-based stoves and use renewables to provide clean power. The need for all-round energy efficiency – measures such as using LED light bulbs, instead of incandescent bulbs– has to be geared up. We also need storage for power, electricity, heat, cold storage and hydrogen storage. Also along with this, we need new consumer incentives such as demand response interventions by utilities distributing electricity.

Meanwhile, it is reassuring that Heads of State and government from 70 countries announced at Paris greater efforts in cutting greenhouse gas emissions that fuel global warming. Though there may have been some improvement in the long-term outlook on climate change, making the worst-case scenarios less likely by the end of the century, wildfires in the Amazon, Australia and America, floods in India, Bangladesh and East Africa, and record temperatures in the Arctic highlighted the impact of an increase of 1.2 deg C since pre-industrial times. Even UN Secretary General Antonio Guterres urged world leaders to declare a climate emergency. Thus, transition is the need of the day and may not require huge technological breakthroughs. What it requires is that there is use of energy efficient appliances and mix the renewable power we have. Cleaner technologies have to be brought about and costs have to be reduced faster. Thus, the transition to renewables would reduce emissions, control air pollution and save lives and the environment. 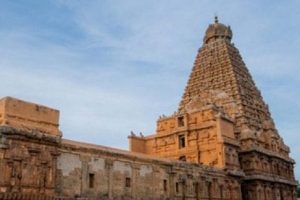