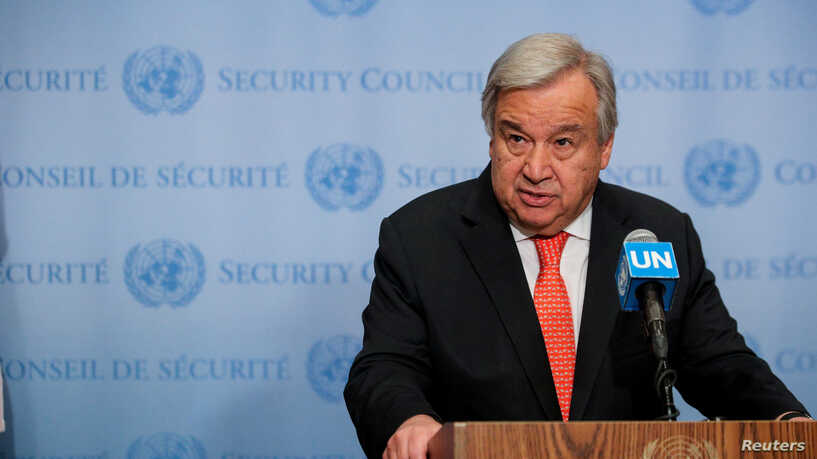 United Nations Secretary-General Antonio Guterres has called for an immediate end to the fighting between Israelis and Palestinians. Mr Guterres warned the UN Security Council meeting that the fighting could plunge the region into an uncontainable crisis. He opened an emergency session of the Security Council yesterday to discuss the worst outbreak of violence in years in Palestine and Israel.

Calling the violence that has killed nearly 200 people over the past week utterly appalling, he said the UN is actively engaging all sides toward an immediate ceasefire and called on them to allow mediation efforts to intensify and succeed.