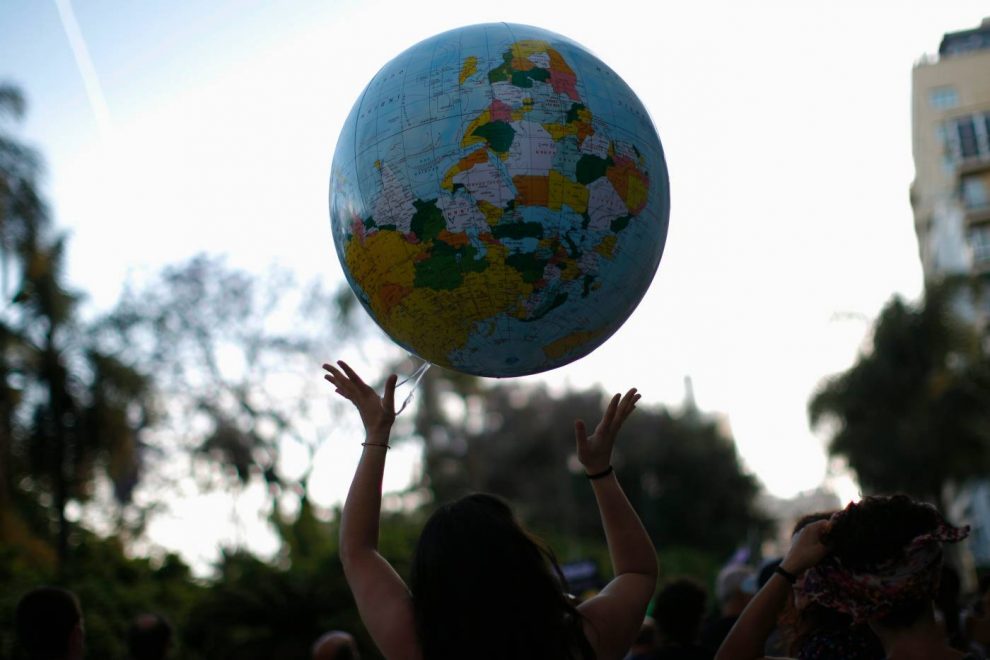 LONDON: Like the COVID-19 pandemic, climate change is a problem countries must work together to address or “all nations will feel the reverberations”, the United Nations’ climate chief warned on Wednesday.

The new coronavirus has ignored national borders and “climate change respects them even less”, Patricia Espinosa said in an online lecture for the London School of Economics (LSE).

“Many places that thought they would be completely free of the effects of climate change … are already feeling it,” said Espinosa, executive secretary of the U.N. Framework Convention on Climate Change.

But rising national isolationism, including in the face of the pandemic, is making vital global cooperation harder, she said.

Dealing simultaneously with the “twin crises” of coronavirus and climate change can feel overwhelming and “almost impossible” for many people and leaders, she conceded.

“There is no doubt we are all in a tough spot right now,” she said.

But Espinosa, who in recent years underwent treatment for advanced breast cancer, said she understood that even seemingly insurmountable challenges could be overcome if “you do a little bit every day and eventually you get to the other side”.

So far, growing firsthand experience of a warming climate has not translated into fast enough action to deal with more extreme weather and rising seas, nor into promised funds to help poorer nations grow cleanly and adapt to rising risks, she said.

Wealthier countries are lagging on a promise to raise $100 billion a year from 2020 to drive a shift to green energy and build resilience in vulnerable nations, the climate chief said.

That is particularly frustrating when that commitment is just a small share of the trillions needed to shift the world onto a sustainable path – and as governments simultaneously raise huge amounts to deal with the pandemic, she added.

“With COVID spending, it’s hard to explain why $100 billion hasn’t come together,” Espinosa said. By raising that climate cash, rich countries “are really serving their own purposes”.

If emissions continue to rise in the developing world and a green transformation does not happen, then all the efforts made to reduce greenhouse gases in richer countries “will be negatively affected”, she warned.

However, only a fraction of an estimated $13 trillion being poured into the world’s economies was earmarked for green aims by the end of 2020, according to research by think-tanks Vivid Economics and Finance for Biodiversity.

Among wealthier G20 countries, 15 out of 20 had announced stimulus packages that would have a net negative impact on the environment, the think-tanks said in a December report.

But Nicholas Stern, chair of the Grantham Research Institute on Climate Change and the Environment at the LSE, said a surge in pledges to reach net-zero emissions by mid-century was accelerating green investment, including by business.

“This is the growth story of the 21st century – the drive to net-zero,” the noted economist told the event.

“It is remarkable how fast people are moving,” Stern said, but warned less than a decade remained to make the fundamental shifts in the global economy needed to avoid the worst impacts of climate change.