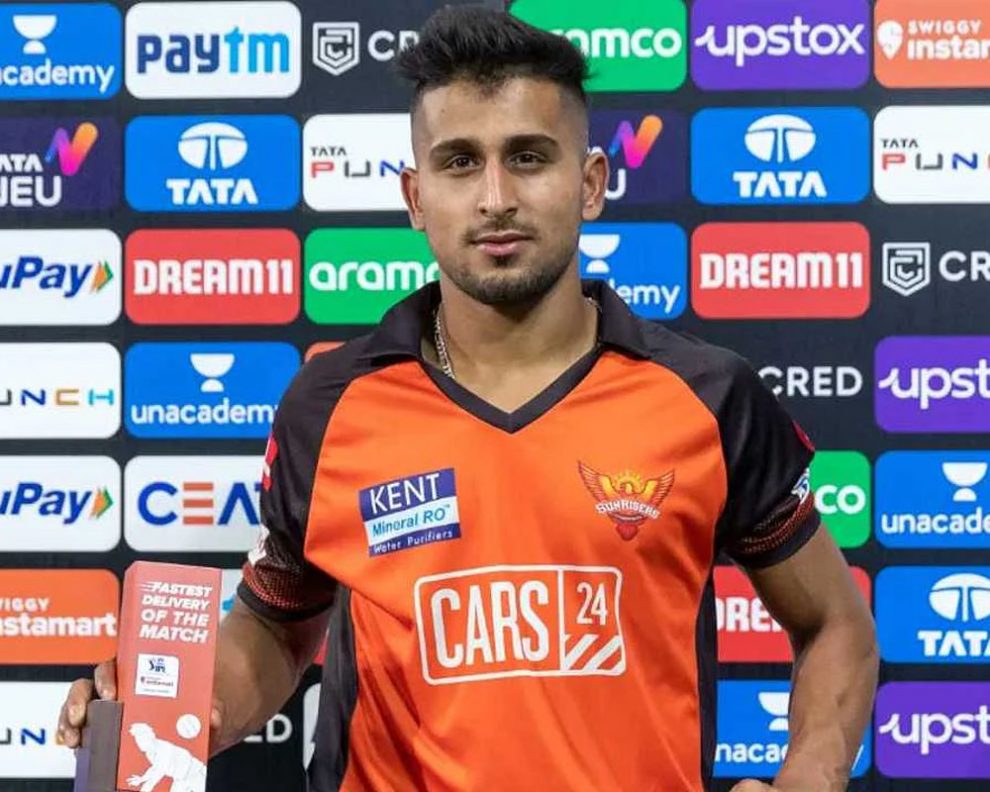 JAMMU: J&K’s pace sensation, Umran Malik has been selected for Indian team against South Africa in T-20 International home series starting from June 9.With this achievement, Umran Malik has become the 2nd player of Jammu and Kashmir after Parvez Rasool who has been selected for Indian team for five-match T-20 series.
It is pertinent to mention here that Parvez Rasool had received his maiden call-up for the national team in the year 2013 for Zimbabwe tour but finally represented the national team against Bangladesh in June 2014 at Mirpur. The Jammu based player Umran Malik has been representing Sunrisers Hyderabad in the ongoing cash rich league (IPL). He has picked up 21 wickets so far in the 13 games with his ability to bowl consistently at 95 miles per hour which caught the attention of everyone in the cricket world.
During this season, he has already secured a couple of records in IPL history by bowling some record-breaking fast deliveries.
Celebrating the selection of his son in the India squad, Umran Malik’s father said, “I am thankful to the country for giving him so much love. All this is because of his hard work. He will make the country proud.”

Newly-wed policeman dies after being hit by oil tanker in Bandipora
Two LeT/TRF Hybrid militants arrested along with 15 pistols and other arms and ammunition in Srinagar: IGP Kashmir
Comment