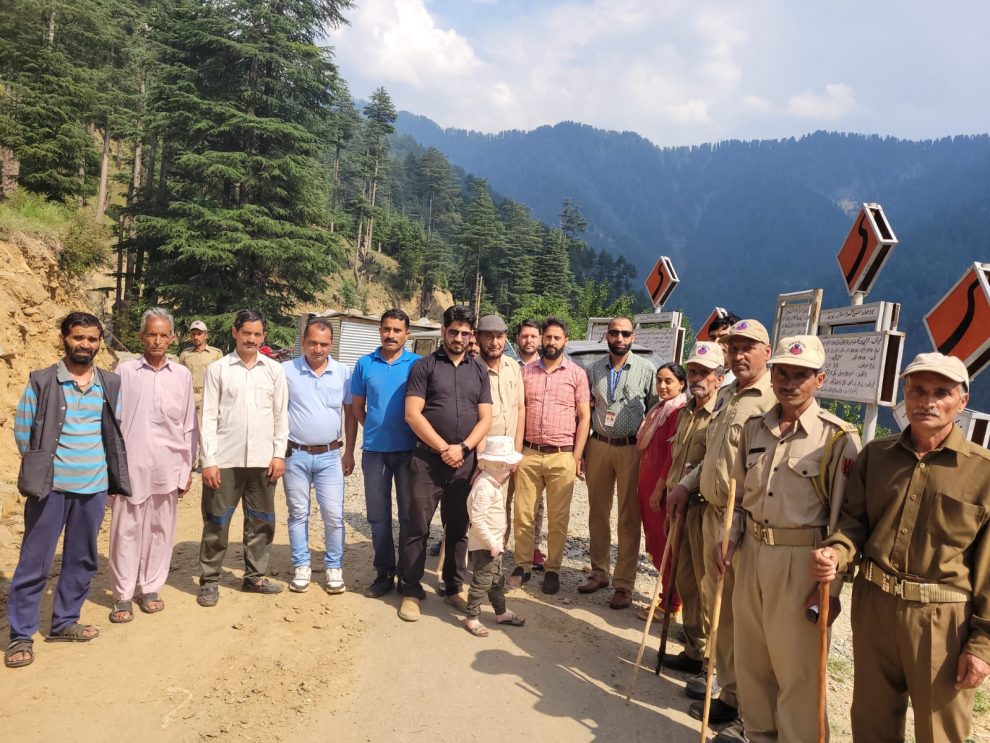 JAMMU: Umar Education and Welfare Trust Bhadarwah (An NGO) organised a medical camp cum awareness program in SC/ ST inhabited hamlets of Kansar, Dugga, Dandi, Linga etc of Tehsil Bhadarwah on Thursday.
In keeping with the ongoing campaigns, “the Population Control, Women hygiene and Health, domestic violence against women and their empowerment” were the core areas of the awareness program on this occasion.
More than four hundred patients were diagnosed during the camp and Medicines worth thousands were distributed among the needy villagers free of cost. Doctor specialists from Sub district Hospital Bhadarwah and district hospital Doda took part in the camp. Some of the patients suffering from acute diseases were advised to follow specialised treatment.
Speakers emphasized on the need to adopt family planning procedures so as to contain problem of over-population which is badly effecting the individual as well as national economy which ultimately is responsible for slow growth and development of every aspect of life sustenance and is further multiplying poverty and destitution and also eating away the natural resources and shrinking global prosperity.
Maria Muqaddas Malik (Advocate) delivered a lecture on the woman empowerment by way of implementing the laws as enshrined in the constitution and other enactments which have been provided through various amendments and framing of rules by the  Parliament of the country and also through the special bills passed in this regard. She also expressed concern over the rising cases relating to excesses Committed to the women folk in the dogmatic and conventionally stereotypic societies which have stunted the growth and development of women while restricting them to accomplish the domestic chores rather than giving them free space for getting the education and expressed dissent for not allowing women folk to rub shoulders along with others, she explained.
Earlier, ADC Bhadarwah Dilmir Chowdhary inaugurated the camp by cutting the ribbon in presence of SP Bhadarwah Aftab Alam, Tehsildar Bhadarwah Shoket Hayaat Mattu and 2/IC 4RR Battalion Bhadarwah.
While expressing gratitude, ADC Bhadarwah said that such camps would go a long way in addressing the issues of the masses in far flung areas beside acting as a platform for the settlement of different problems and issues on the spot via bringing about large scale awareness among villagers particularly poor population of SCs and STs who otherwise have least access to the civic amenities pertaining to Healthcare and other related issues.
Mr. Mozim Yazdani Chairman Umar Education and Welfare Trust Bhadarwah presented a vote of thanks while Muzamil Yazdani (President) said that the camp was one of the series of civic action programmes that the NGO has launched. While elaborating on the future course of action of the NGO, he said that the efforts are squarely afoot for the cause of the humanity across community and geographical barriers and NGO would render all possible services to make society aware about their duties besides providing different kinds of assistance to the needy in hour of exigencies.
Prominent among others who were present on this occasion include Zaffar Hussain Wani(Vice President), Bashir Ahmad Butt(General Secretary) others.
The Dispatch is present across a number of social media platforms. Subscribe to our YouTube channel for exciting videos; join us on Facebook, Intagram and Twitter for quick updates and discussions. We are also available on the Telegram. Follow us on Pinterest for thousands of pictures and graphics. We care to respond to text messages on WhatsApp at 8082480136 [No calls accepted]. To contribute an article or pitch a story idea, write to us at [email protected] |Click to know more about The Dispatch, our standards and policies