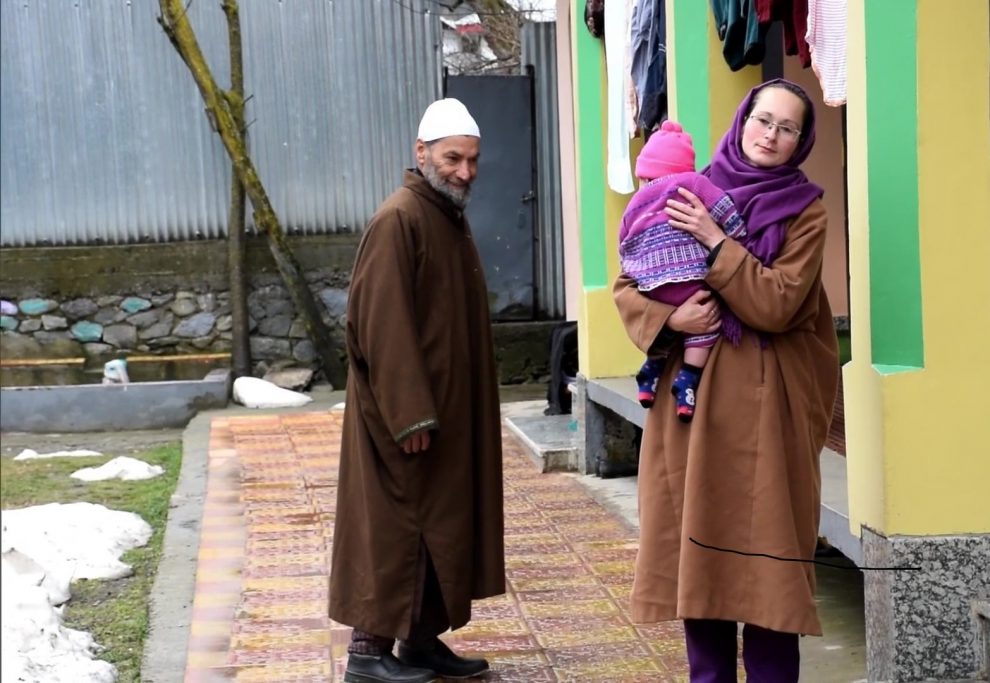 SRINAGAR: A Ukrainian woman married in the Tral hamlet of Pulwama district has urged everyone in the world to play their role in stopping the war between Ukraine and Russia.

Aliza, who has adapted the name Asiya after converting to Islam urged all leaders to play their role in stopping the war.

Asiya who married Bilal Ahmad from Mandura Tral in 2014 is now the mother of two and has been living in Kashmir since then.

Asiya said that the situation in Ukraine is very bad and she has been in touch with her parents who are in the worn-torn country.

“Russia has been targeting civilians and kids, which isn’t good. They should fight with soldiers only and nobody in the world should support Russian aggression as today they are targeting my country, tomorrow your country could be targeted,” Asiya said.

“Ukrainians are fighting the fight bravely and they need support and everybody must support them with food, medicines and whatever way they can,” she said.

Asiya requested the United Nations and other countries to put pressure on Russia so that this war could end and Ukrainian will heave a sigh of relief. Her husband Bilal Ahmad said that his wife is very much concerned about her country and has been in depression since the war started.

“She is much more concerned about her parents and other countrymen as well and at times, she refuses to eat anything and spends more time watching the news on phone about her country,” Bilal said.