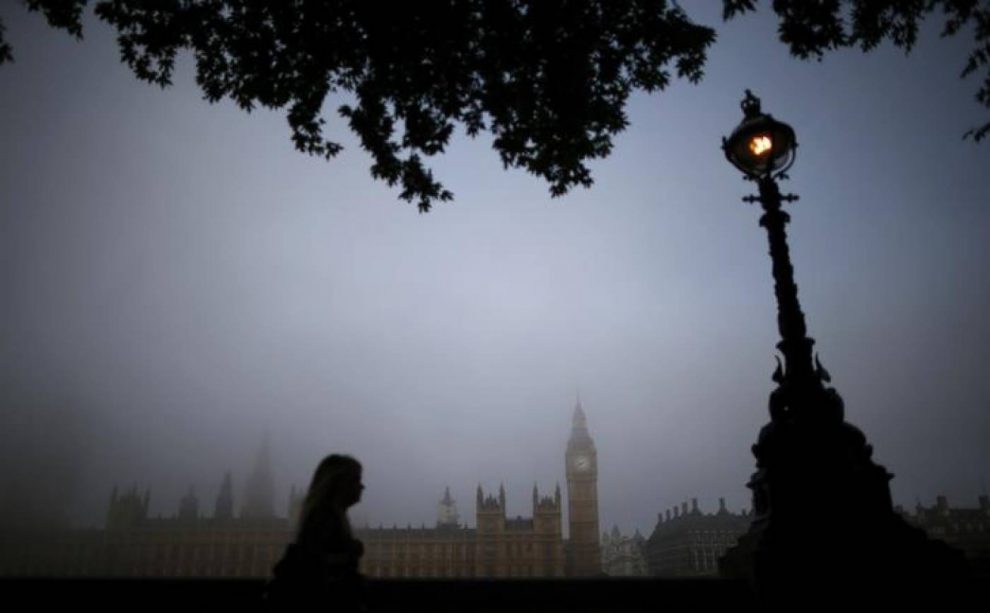 LONDON: British lawmakers said on Tuesday women’s lives could be saved if non-fatal strangulation was recognised as a specific offence, amid renewed fears of domestic violence under a new lockdown.

Debate on the Domestic Abuse Bill in the upper parliamentary chamber, the House of Lords, coincided with the first day of a third lockdown, which will last at least seven weeks, to curb rocketing rates of a new strain of COVID-19.

Gabrielle Bertin, a member of the House of Lords, described non-fatal strangulation – where a person chokes their victim sometimes to the point where they pass out – as a “terrifying crime” and a “big red flag to murder”.

“It’s the ultimate control weapon because it’s saying, ‘If I want to, I can kill you right now’,” she told the Thomson Reuters Foundation.

Domestic violence charities say women who are murdered by their partners have often been strangled in the past.

“It’s possible more lives could be saved if this was made a stand-alone crime,” Bertin added.

Parliamentarian Helen Newlove said 55 women in Britain suffered non-fatal strangulation every day, and a woman or girl was fatally strangled or asphyxiated every 10 days.

Non-fatal strangulation can lead to brain damage, internal bleeding, neurological injuries such as facial droop, loss of memory and strokes.

The justice ministry said in a statement that non-fatal strangulation was already covered by existing laws, including common assault and attempted murder.

But campaigners said charges of common assault – the lowest category of assault, which includes acts like spitting at someone, with a maximum sentence of six months – did not reflect the gravity of the attack.

Newlove said victims of non-fatal strangulation were seven times more likely than other domestic abuse victims to go on to be killed, but the lack of visible injury meant it was not treated as seriously as other violence.

“Yet this is a terrifying crime, and many victims testify that they genuinely felt as if their head was about to explode, and that they were about to die during such a violent assault,” she told the House of Lords.

Parliamentarians also called for threats to share intimate images or videos to be criminalised under the bill, which will likely be passed in the coming months.

One in 14 adults has received such threats, according to a poll by domestic abuse charity Refuge.

Domestic violence soared during lockdowns worldwide last year and groups supporting victims fear Britain could see another spike in abuse as women are trapped in their homes.

“But there’s a much, much better understanding of the risks to survivors of domestic abuse than there was (last) year.”