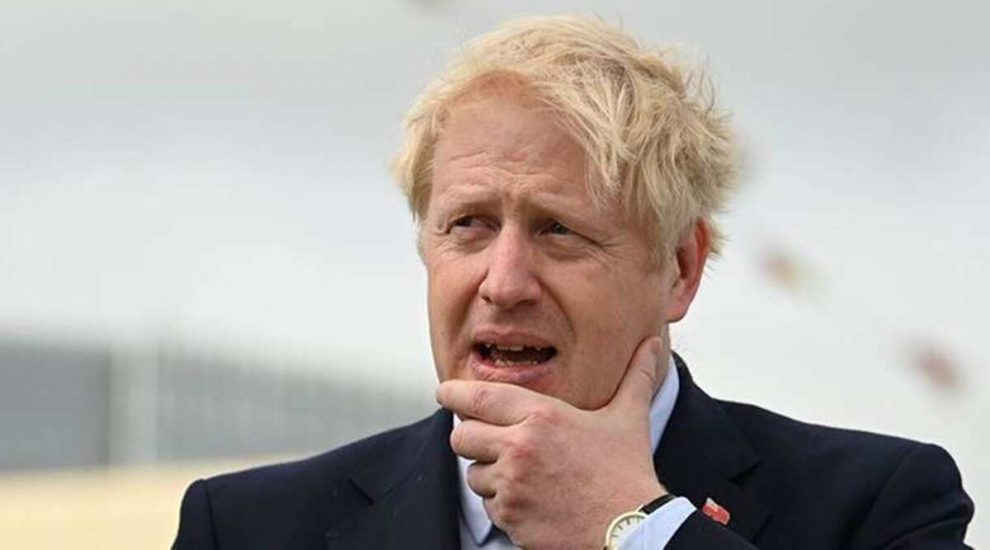 British Prime Minister Boris Johnson will not be the Chief Guest at the iconic Republic Day Parade this year. For the first time since 1966, the parade, even in a diluted form, will pass without a foreign dignitary unless Prime Minister Modi finds a substitute to Johnson. Modi is now known for springing surprises by taking sudden decisions; some of which are felicitous and some others decidedly dangerous. From such a point of view, inviting Johnson was a risky proposition. For instance, if Johnson could not manage a last-minute Brexit deal, he would have gone from Downing Street like his predecessor Theressa May, whose premiership was consumed by the controversy around Britain exiting European Union.

The explanation given out by Johnson’s office on the cancellation of the visit is the menacing mutation of the Covid virus, which was noticed first in UK. The third lockdown in Britain perhaps necessitates the PM’s availability in the country. Johnson has promised to visit India early this year, certainly before he hosts the G-7 summit. It’s also important to note he has extended the invitation to Modi to attend the summit. So far, so good. But some of the Indian media and observers of India-UK relations suggest it is more than what meets the eye.

The cancellation is attributed to the Indian Diaspora, which is one and a half million strong, being deeply concerned about the ongoing farmers’ protest. The protest is led largely by the Punjab farmers and coincidentally, majority of Indian Diaspora in UK consists of migrants from Punjab. It is worth underlining that 15 MPs are of Indian origin, three of them have Cabinet positions and two have important portfolios like Finance and Home. So, obviously, Indian Diaspora has influence in British politics.

At home, protesting farmers are already thanking Johnson for showing sensitivity towards their cause and agitation and cancelling the trip. Apparently, there is some truth in the farmers’ assertion that it is in deference to their movement that it has happened. It is a matter of an easy conjecture that Britain was gripped by Corona when Johnson accepted the invitation and he did not cancel it as soon as the mutation of the virus was detected. He called it off when the MPs raised questions in support of the farmers and a tractor demonstration to Delhi was announced by the protesters on the Republic Day.

Meanwhile, movement leaders have announced that, for two weeks, ‘Desh Jagran Abhiyan’ (National Awareness Movement) will be started and protest will be deepened throughout the country. One of the Movement’s spokespersons said, “We have decided that on January 7, we will take out a tractor march at four borders of Delhi including Eastern and Western peripherals. This will be a trailer for what lies ahead on January 26”.

Let us recall that the farmers have been vigorously protesting against the three controversial farm laws since over a month. Several rounds of talks have taken place between the government and movement leaders without any tangible conclusion. Farmers have announced to intensify their agitation and not to back out until a satisfactory solution is arrived at. At this critical juncture, it is no surprise that Johnson called off the visit. However, it’s quite unusual for a Chief Guest to terminate such an important visit.

According to an ANI tweet, the farmers had announced that they would be writing to the British MPs asking them to stop Johnson from visiting India till their demands are met by the Centre. The MPs have expressed their support for the farmers and raised the issue in Parliament. A Labour Party MP Tanmanjeet Singh had raised a question on the farmers’ agitation, “We are horrified to see water cannons, tear gas and brute force being used against farmers, peacefully protesting in India. Everyone has the fundamental right to protest peacefully”. He had also urged Johnson to convey the sentiments of the Punjabi (Sikh) community to Modi.

The MP from East Southall, along with 35 MPs wrote to the Foreign Secretary Dominick Raab, requesting him to raise the farmers’ issue with Indian government. In addition, 25 community and charity organisations, religious persons, and councillors of Indian origin have written a joint letter to the Indian High Commissioner in Britain and British Foreign Secretary.

Coming back to India-UK relations around the proposed and cancelled visit of Johnson and the impending trip of Modi, it’s in order that we touch on some silent points. India-UK links are historical and substantial. In addition to a sizeable diaspora, the flow of people from both countries is big; half a million tourists go to Britain annually and twice that figure comes to India. Around 30000 Indians study in Britain in spite of restrictive opportunities for employment etc. Britain is among the top investors for India whereas India is the second biggest investors in Britain.

Following Brexit, as Britain looks beyond Europe for trade and diplomacy, India is one of the best candidates for building partnership. But the prospective partnership is easier imagined than implemented. Johnson has his plate full of challenges. He had propelled himself to national politics through a campaign against British membership of EU. Having secured the divorce from the EU, Johnson has to deliver development, growth and restore British role in international politics. Johnson is known to be a colourful and controversial leader often projected in the media as a frivolous politician. But he has tremendous capacity for manoeuvre and staying on.

On New Delhi’s part, it is unclear where Modi puts Britain in his priority list. His propensity for populist leaders is well known. That is why Modi’s warming up to Donald Trump and his alter ego Brazilian President Jair Bolsonaro and now Johnson is understandable. Both Johnson and Modi should remain Prime Ministers, all being well, till next elections in both countries in 2024. So, given the inter-personal dynamic of Modi’s foreign policy, it is expected that India-UK relations should grow.

Modi visited UK in 2015 when six major agreements were concluded. Signing agreements around the high-powered visits is normal in diplomacy. But there is no mechanism for strictly scrutinising the implementation of the agreements before new ones are concluded. From New Delhi’s point of view, the sticking point, however, is its hesitation in signing economic partnership agreement. New Delhi has been engaged sporadically with the EU in futile negotiations of a trade agreement since 2007.

Ironically, Britain was the deal-breaker in these negotiations. Now, it is likely that London proposes to New Delhi a similar FTA. The same hurdles encountered by the negotiators from Brussels and New Delhi are likely to re-emerge in dialogues with Britain. However, politics is the art of possible and diplomacy is ever so dynamic, there is room for manoeuvre and optimism. To conclude, whatever may have prompted Johnson to call off the visit, New Delhi should be wary of all possible angles. If it senses that the farmers’ agitation may have contributed to Johnson’s decision, it must takes serious note and do the course correction. At any rate, the farmers’ protest is becoming an international issue; therefore, the government should resolve it in no time. Foreign policy is a reflection of national culture, values, capacities and concerns. The ongoing farmers’ agitation does not portend well for India’s foreign policy. Hence the government must make haste.