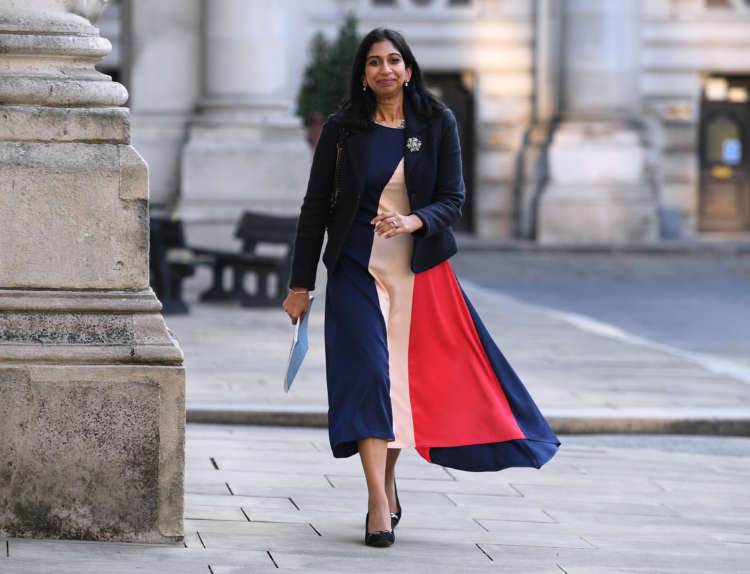 LONDON: Britain will introduce its first formal maternity leave for ministers under a draft bill announced on Thursday that aims to protect new mothers and promote more women in politics.

The new law will mean that female cabinet members can take up to six months’ paid leave while their job is covered.

Women’s rights campaigners said the bill – announced more than a century after the election of the first female member of parliament – was long overdue and called for the government to extend similar leave to all lawmakers with new-borns.

“The choice between taking leave to recover from childbirth and care for a new-born child or resigning from office is not acceptable in modern times,” said Prime Minister Boris Johnson in a written statement.

Under the current system, lawmakers can take paid time off after having children but there is no formal leave provision.

Inflexible salary rules meant the government had little ability to appoint people to temporary cabinet jobs, said Johnson, meaning that ministers who wanted to take maternity leave would likely have to resign from government.

The law change is first set to benefit Attorney General Suella Braverman, who has said she is expecting a baby “early” this year.

Rights campaigners said that parental leave provisions are key in getting more women into top-level politics.

About a third of the lower parliamentary house is female, though Johnson has faced criticism from some for picking male-dominated senior teams.

Only six of the 26 current cabinet members are women.

Britain in 2019 saw its first and only temporary ‘locum’ appointed to cover opposition lawmaker Stella Creasy during her maternity leave, but rules mean the role was limited to constituency work and she could not speak or vote in parliament.

“It is total insanity that it has taken 103 years for the government to recognise that their female members of cabinet may have babies and provision needs to be put in place for this eventuality,” said Joeli Brearley of maternal rights campaign group Pregnant Then Screwed.

“Although we very much welcome this change, it is disappointing that there is still no maternity or paternity leave policy for MPs.

“If the government is serious about creating a 50:50 parliament then parental leave policies are critical.”