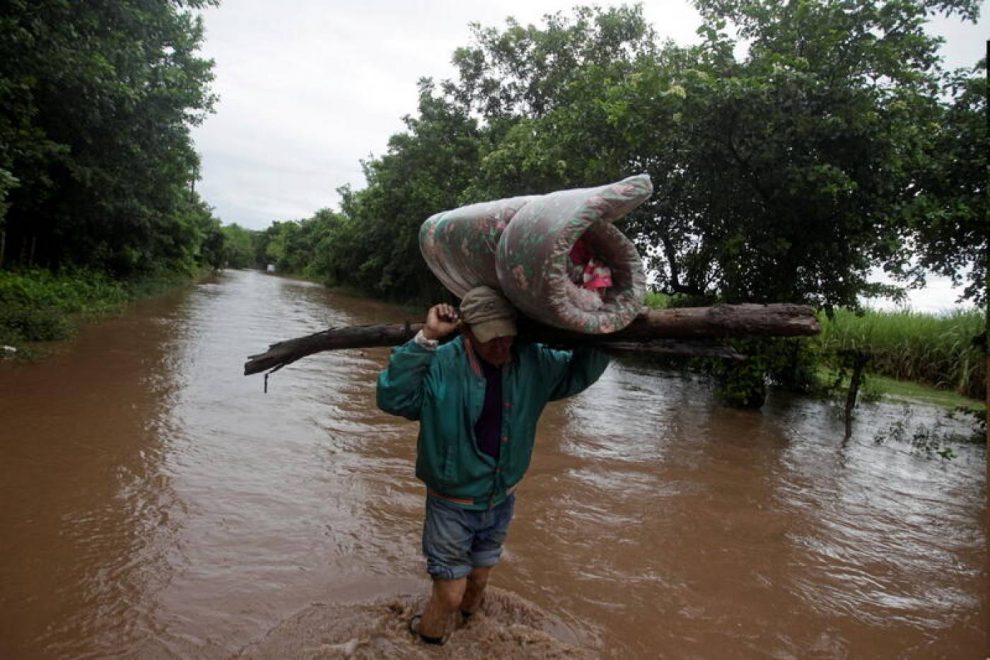 Britain’s decision to cut its aid budget will likely dent its reputation on the global diplomatic stage and may weaken a push for other wealthy governments to find more funding to help poor nations tackle climate change, aid groups and think-tanks said.

UK finance minister Rishi Sunak told parliament on Wednesday that during a “fiscal emergency” sparked by the COVID-19 pandemic, “sticking rigidly to spending 0.7% of our national income on overseas aid is difficult to justify”.

The temporary reduction to 0.5% of gross national income in 2021 will see aid spending drop about 3 billion pounds ($4 billion) from this year, to 10 billion pounds.

How that money is allocated across government departments will be decided in an upcoming review, the Treasury said.

On Thursday, foreign minister Dominic Raab sought to assuage fears that the move could undermine Britain’s promise to double its international climate finance to 11.6 billion pounds ($15.5 billion) for the period 2021-2026, as it prepares to host next year’s COP26 U.N. climate summit.

In a speech to parliament, he said Britain would honour its climate finance commitment, adding it was “vital to maintaining our ambitions in this area as we host COP26”.

Raab – who will undertake the foreign aid review, expected to be announced in the new year – said climate change would be a key priority in next year’s aid spending.

“We will prioritise measures to tackle climate change, protect biodiversity and finance low-carbon and climate-resilient technologies such as solar and wind in poor and emerging economies,” he said.

Andrew Norton, director of the London-based International Institute for Environment and Development, welcomed the reaffirmation of Britain’s climate finance pledge and the recognition of its importance for a successful outcome at COP26.

Nonetheless, the overall aid cut sent a “terrible signal” in terms of encouraging other rich nations to give more to help poor and vulnerable countries adapt to a warmer world, he added.

Business minister Alok Sharma, who will preside over the COP26 climate talks, told a summit of development banks this month that donors had “much further to go” to meet a goal of mobilising $100 billion a year in climate finance for poorer nations from 2020 onwards.

“Our COP26 presidency will focus on working with others to mobilise funds and improve access for adaptation and resilience,” he added.

Development experts said that even if funding earmarked for climate change projects is maintained, less spending on other things that help people beat poverty and stay healthy will make them less able to withstand worsening weather and rising seas.

On Thursday, UK-based development NGO network Bond said the government seemed to have forgotten the “bottom billion” poorest people in the world, in a bid to redirect its aid towards “short-term, self-serving priorities”.

In a letter to the Guardian newspaper on Tuesday, the heads of 17 aid agencies, green groups and think-tanks said the planned headline aid cut would “fail” the poorest countries who are “at the frontline of a climate crisis they did not cause”.

“It has never been more important that UK aid and climate finance work together to build resilience in the face of climate change and the COVID-19 crisis,” they wrote.

After the initial announcement of the aid reduction on Wednesday, which the government intends to reverse “when the fiscal situation allows”, Greenpeace UK’s head of politics, Rebecca Newsom, said the decision would “fundamentally undermine the UK’s climate leadership”.

“It will hinder poorer countries’ ability to tackle and adapt to the climate emergency, and sour the UK’s diplomatic relationships in the run-up to the crucial Glasgow climate conference next year,” she added in a statement.

Sonam Phuntsho Wangdi of Bhutan, who chairs the group of 47 least-developed countries at U.N. climate change talks, tweeted on Tuesday that at a time poor nations needed support more than ever, the aid cuts “take us in the wrong direction”.

“With global problems of COVID and climate change, we need more solidarity – not less. As COP26 president, we call on the UK to lead, not retreat,” he added.