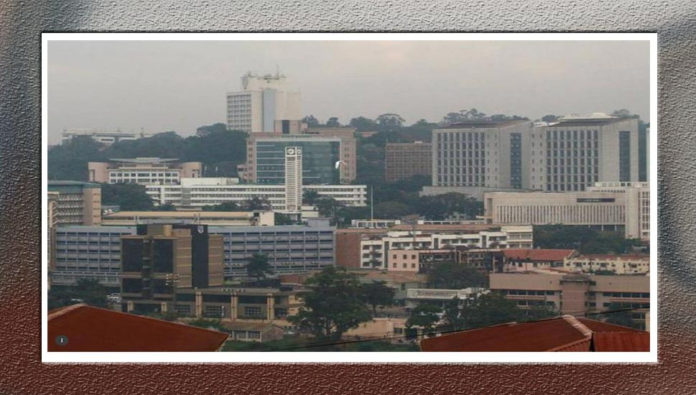 KAMPALA: A town mayor and senior prison official in Uganda have been summoned to appear before a criminal court over allegations of torture, inhuman and degrading treatment against a group of LGBT+ youth, the victims’ lawyers said on Friday.

The court’s move is seen as a positive step for sexual minorities in the east African nation, where gay sex carries a life sentence and homophobia and the persecution of LGBT+ people is widespread, yet rarely punished.

Witnesses and the victims say Hajji Abdul Kiyimba, chairman of Kyengera town council, beat members of the group and bound them with ropes before marching them barefoot to a nearby police station as onlookers jeered and threatened them.

Kiyimba told the Thomson Reuters Foundation that he was not involved in any acts of violence or torture against the group.

Philemon Woniala, deputy officer in charge at Kitalya Prison, located outside Kampala, is accused of violent acts against members of the group, their lawyers said.

The Thomson Reuters Foundation was not immediately able to reach Woniola. Uganda Prisons Services spokesman Frank Baine said he had “no powers to comment on court matters” regarding the case against Woniala.

The case dates back to March when Ugandan police raided a shelter on the outskirts of Kampala, charging 20 LGBT+ youth with disobeying rules on social distancing and risking the spread of COVID-19.

The arrests sparked widespread criticism from LGBT+ rights groups who said authorities in Uganda were using the restrictions to target sexual minorities.

“It sends a clear message that courts are willing to stand up for victims of torture, even where the police is reluctant to act,” said Adrian Jjuuko, executive director of Human Rights Awareness and Prevention Forum (HRAPF), a legal charity representing the victims.

“The summons also send a clear message that torture is no longer something that you do … You torture someone, you answer to criminal charges yourself.”

The group – 13 gay men, two bisexual men and four transgender women – were imprisoned for over 50 days at Kitalya prison where they were taunted, flogged and denied access to food and medication, said their lawyers.

The LGBT+ group were released after prosecutors withdrew charges.

They have already won a civil case against the attorney general and commissioner general of prisons for denying them access to lawyers and were awarded five million Ugandan shillings ($1,365) each in damages.

The summons, stating the complaint of “acts of torture, cruel, inhuman and degrading treatment or punishment” orders Kiyimba and Woniala to appear in court on the Aug 26. The two men are also facing a civil lawsuit to be heard on Sept 23.

LGBT+ campaigners in Uganda say members of the community risk physical attacks in their daily life and routinely encounter harassment, as well as facing prejudice over work, housing and health care.

“(The case) has the potential to serve as a really important example of the implementation of Uganda’s underused anti-torture law and to be deterrent to abuses against LGBT people and the population as a whole by security forces,” said Nyeko.