Udhampur is a lush green area replete with eucalyptus forests. This city is the district capital of the Udhampur district and is a strategically important city for India as it sits close to the Pakistan border and thus, the Northern command headquarters for the Indian military is based out of there. To support the troops, the Forward Base Support Unit, which is an arm of the Indian Air force, is also situated here which operates out of the Udhampur Air Force Station. However, Udhampur also has many places of interest in and around the city to explore.

The Kiramchi temples located on the Udhampur-Jammu highway are a particular attraction in Udhampur along with other temples in the region such as the Chountra Devi, Babore Temples, Pingla Devi, and places of heritage such as Ramnagar Fort, Sheesh Mahal, and many others. Udhampur, much like the surrounding areas of the state of Jammu and Kashmir has a rich history going back thousands of years. This area has been mentioned in ancient texts of India as Kashmir always played an important role in the cultural context of India. It is said that Sage Kashyap had drained a lake in this area and created Kashmir of which Jammu became a separate part much later. Indian kings ruled this area until the arrival of the Sultanates from the west around 13 to 14th century B.C. From then on, Kashmir remained a part of many cities and princely states including the ones ruled by the Mughals, Afghans while ultimately becoming a part of the princely state of Kashmir which acceded to India. After the partition of India and the formation of Pakistan, this region has been hotly contested which resulted in Udhampur and many other cities becoming important military bases for defending the country.

Shankri Devta temple is situated on a hillock in village Meer of block Panchari in a scenic spot which is surrounded by meadows, lofty mountains and lush green forests. Village Meer and Block Headquarter, Panchari are linked with pucca road from Udhampur town. The District Administration organises the Shankri Devta Mela in the month of April/May every year.

Youth Services and Sports Department, Udhampur organized rural sports competitions including Kabbadi, Tug of war, weight lifting events for the entertainment of people and also to expose the talent of students in culture and games. The district administration has made adequate arrangements of drinking water facility, medicare, electricity, sanitation, transport etc. To educate the people about various state and centrally sponsored government schemes, different departments have put up their stalls at the site of mela. Local traders had also constructed their makeshift stalls of Jalebi, Pakora, bangles and toys etc. at the spot. J&K Indian Style Wrestling Association in collaboration with Local Dangal Committee also organized wrestling competitions during the first day of the mela in which famous wrestlers of different areas participated. In the ancient times the village Moungri was known as Sonara. The word Sonara means a land of hundred water springs. In Dogri language, water spring is called Naaras. According to the legend, it was an abode of Nag Devta (King of the snakes), and once hundreds of natural stone made water springs used to flow. Still at present number of such water springs found in the area.

According to another ancient legend, associated with the Kansar Shrine, a small stone shrine of Lord Shiva was discovered by an irate local villager. To remove the impediment in the process of cultivation, agriculture being the mainstay of the local population, the stone structure was uprooted and flung into the Kansar stream. But as soon as this was done calamity befell on the helpless villagers. Then the shrine was hurried retrieved from the rivulet bed and a temple was erected on a nearby hilltop by the rural folks. The temple still stands as a testimony to their labors 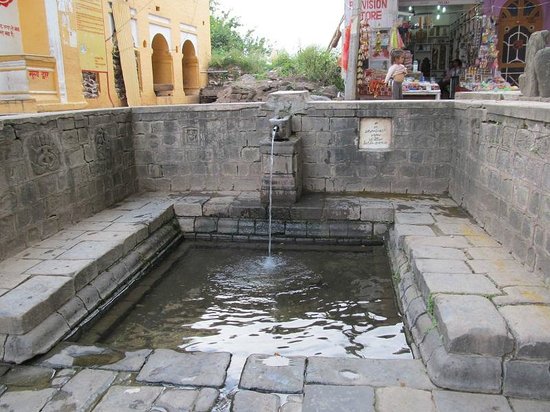 This highly revered Shiva temple is located at a distance of 42 Kms from Patnitop and 112 Kms from Jammu ,Legend has it that after bathing at a spring called Gouri Kund, just short of Sudh Mahadev ,the Goddess Parvati would worship the Shivling here that is believed to be at least 3000 years old .The temple also houses a black marble statue of local Shiva and Parvati .A trishul of Lord Shiva is also preserved here.Pilgrims in large number visit the shrine on the full moon night Of Sawan to participate in the festival to worship Lord Shiva. The mystical underground stream,Devak believed to be as sacred as the Ganges originates at Sudh Mahadev and disappears among the rocks some distance downstream .Also of interest are wooden sculptures ,crafted locally, Accommodation is available in Tourist Saraj managed by J&K Tourism Development Corporation and Dharamshala managed by the Dharamarth Trust. 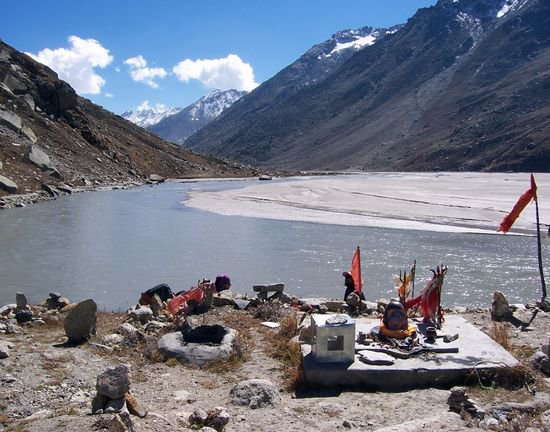 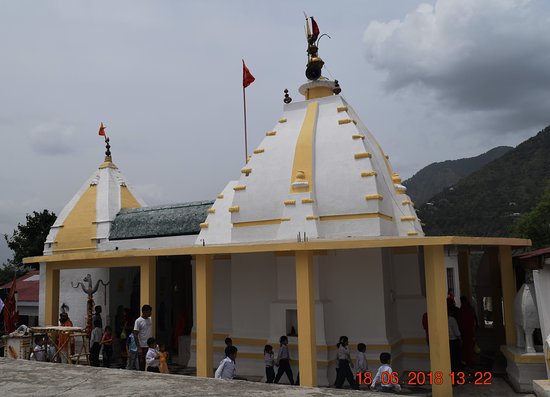 A few kilometers further ahead of Sudh Mahadev is Mantalai(1450 meters) surrounded by lush deodar forests. As per legend ,it is the place where lord Shiva got married to goddess Parvati Besides the Shiv temple here one can also visit the complex created by Swami Dhirendra Brhamchari which includes a tree shaped house an air strip a hostel and a number of other unfinished project. An excursion through the woods to Naina Devi 5 Kms from Mantalai provides excellent views of the mountain landscape all round. 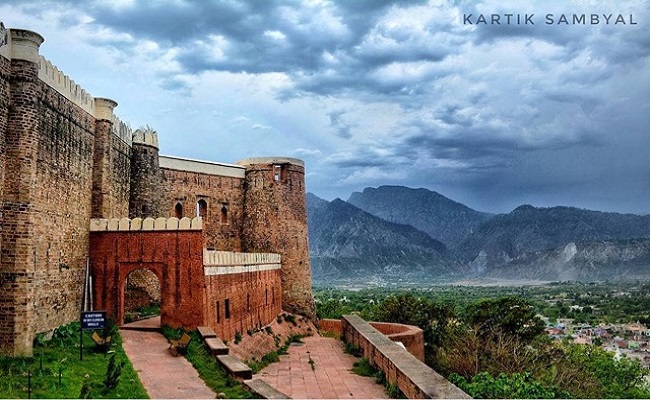 Ramnagar is situated on the left bank of Kud river in mid Himalayan range, about 40 kms west of Udhampur. Ramnagar also served as the captial of old Bandarlta State. During the reign of Maharaja Ranjit Singh, it came under Sikh ruke and Raja Suchet Singh.

Kiramchi is a small village in Udhampur district of Jammu & Kashmir State. It lies 12 kms north of Udhampur on Udhampur-Lander road and 67 kms from Jammu. The complex consists of five temples and two small shrines. This valley amidst green mountains is located at an elevation of 730 m above the mean sea level . Two rivulets namely “Birunala” and Kiramchi are draining this area.

The local tradition says that in the past it was a halting place on Jammu- Kashmir route through Banihal . According to the contemporary of Pandavas of Mahabharata was responsible to lay the foundation of this place. Another tradition ,says that Kiramchi was capital of Bhuti which had been one of the principalities of Jammu region under the successors of Daya-Karan, a ruler of Kashmir. According to Diwan Narsingh Dass Nargis the descendents of king Daya- Karan ruled for many centuries and their dynasty was known as “Bhutials”. As per tradition the last ruler of this dynasty named “Himmat Singh” was defeated by the Maharaja Ranjit Singh and Ultimately The Bhuti was given to Raja Gulab Singh . Thus Bhuti was included in to the Jammu Kingdom in A.D. 1834.

The group of temples at Krimachi has been built over the elevated terrace of Biru Nala. In the Nilmat Puran that was written in the 7th century by Nela Muni, it is mentioned that the Devika River is a manifestation of the mother Goddess Parwati herself to benefit the people of Mader Desha that covers areas between river Ravi and Chenab and the river Devika appeared on Shiv Ratri. Lord Shiva himself remains side by side with his consort Uma manifesting himself in form of Shiv Lingas at 8 places alongside the Devika river. The river presently runs under its sandy surface.In Devi Mahatmays it is mentioned that there is no need to perform Japa or any ritual for obtaining spiritual benefits at this pilgrim centre, only to touch with the Devika waters or having a bath in its waters is enough to get spiritual benefits. Water comes out by digging about a foot into the sand bed. Cremation on the sands of Devika is considered as meritorious as cremation on the banks of the Ganges at Kashi.