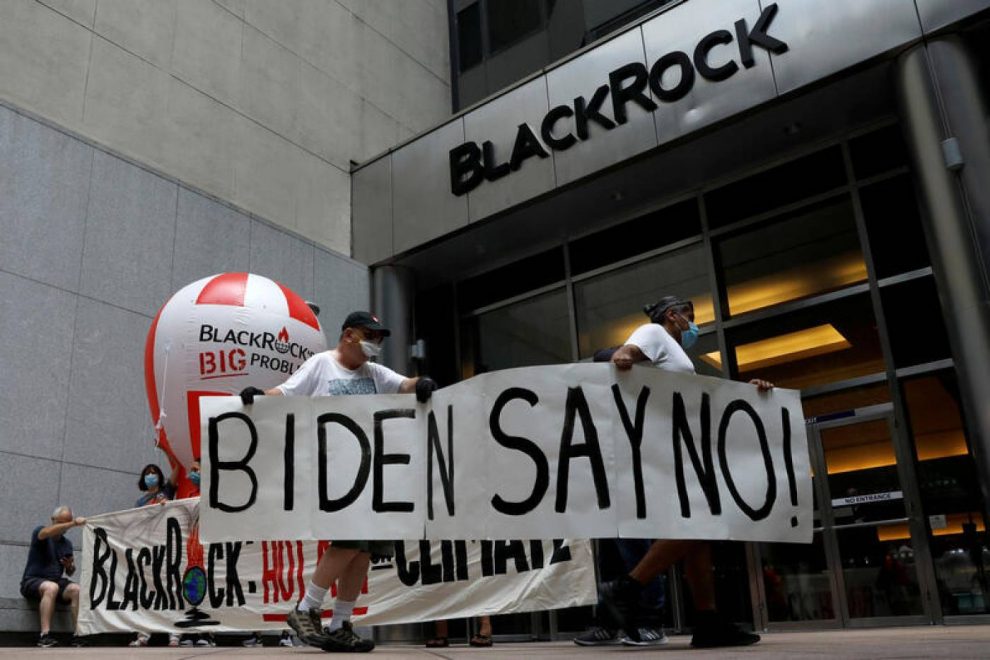 WASHINGTON: U.S. environmental groups that poured money and effort behind Democrat Joe Biden’s successful run for president are shifting to a new more adversarial role now that he has been elected, launching a pressure campaign to make sure he delivers on his promises to fight climate change.

The dynamic reflects a return to influence for environmental advocacy groups after four years in which they were shut out by the administration of President Donald Trump, a climate skeptic who crafted policies to maximize U.S. fossil fuel development with the help of industry.

While Biden united a range of groups from youth activists to labor unions behind his presidential campaign, he has already become the target of some green groups for considering cabinet picks with ties to fossil fuels. He will be under constant pressure in office to move fast on his environmental agenda – potentially more than ex-President Barack Obama was during his tenure.

“The honeymoon ended at the altar when the networks pronounced Biden president-elect,” said Jamie Henn, director of environmental group 350.org’s Fossil Free Media, which opposes the fossil fuel industry. “It’s Biden’s call if he wants that pressure with him or against him.”

Biden has acknowledged the role played by advocates as he prepares his administration. He said on CNN last week that advocacy groups are “pushing for more and more and more of what they want. That’s their job.”

Nat Keohane, senior vice president for climate at the Environmental Defense Action Fund and a former special assistant to Obama, said Biden could face even more scrutiny than Obama, who was regularly criticized by green groups for not acting urgently enough on climate.

The reason, he said, is that worsening climate events of recent years such as wildfires and hurricanes have spawned a new, more aware and aggressive generation of climate activists. “There wasn’t the same breadth of voices in the U.S. environmental movement as there is now, and climate wasn’t as high on the agenda,” he said.

That practice that ended abruptly once Trump took office in 2017. A Reuters review https://www.reuters.com/article/us-usa-epa-pruitt-industry/embattled-epa-chiefs-calendar-shows-industry-had-his-ear-idUSKCN1HD2G0 of the Environmental Protection Agency’s public calendars during Trump’s first year showed the agency’s chief held 25 times more meetings with industry representatives than with environmental advocates.

Environmental political action committees, including the League of Conservation Voters, the Sierra Club, EDF Action and the Sunrise PAC spent more than $1.5 million in the 2020 federal election cycle – mostly for Biden and other Democrats. LCV alone spent over $750,000, according to federal data.

Even before his administration takes office, environmental groups said they will hold Biden to campaign promises to take strong executive action on climate change and take an all-of-government approach to tackling the crisis.

Youth climate activist group Sunrise Movement, for example, slammed one of Biden’s first selections for his core team – Cedric Richmond as director of the White House Office of Public Engagement – over donations he received from oil companies. They denounced Richmond’s appointment as a “betrayal.”

“Our role is to say these campaign promises are great but we need you to act upon them from day one,” said Varshini Prakash, president of Sunrise.

Prakash said the group will use “every tool in its toolbox,” from lobbying to protests and digital campaigns to hold Biden accountable to his young supporters – first focusing on his cabinet picks and then on his policy moves.

Another environmental group, Greenpeace, last week projected a sign on a wall of the U.S. Energy Department’s headquarters saying ‘Biden: Build a fossil free future’ and urged him not to tap Obama energy secretary Ernie Moniz to reprise his role because of his support for natural gas and nuclear power and membership on the board of utility Southern Company.

The Sierra Club said it will also press Biden on those issues, especially on keeping his promise to prioritize communities directly affected by pollution. “We will make sure he is putting those communities first,” said Maryann Hitt, the group’s national director.

Green group Earthjustice, which spent the last four years focused on fighting the Trump administration’s environmental rollbacks in court, said it was planning to use its legal experience to help the Biden administration defend its climate regulations against potential lawsuits from the oil and gas industry – rather than engage in pressure tactics.

“We are not chest-pounding public media advocates,” said Sam Sankar, senior vice president at Earthjustice. But, he added: “We are going to be pushing very hard for Biden’s aggressive use of executive authority in the regulatory space.”

WIDER IMAGE – How much plastic are you eating?
Airbnb nonprofit to focus on finding housing for disaster, pandemic workers
Comment