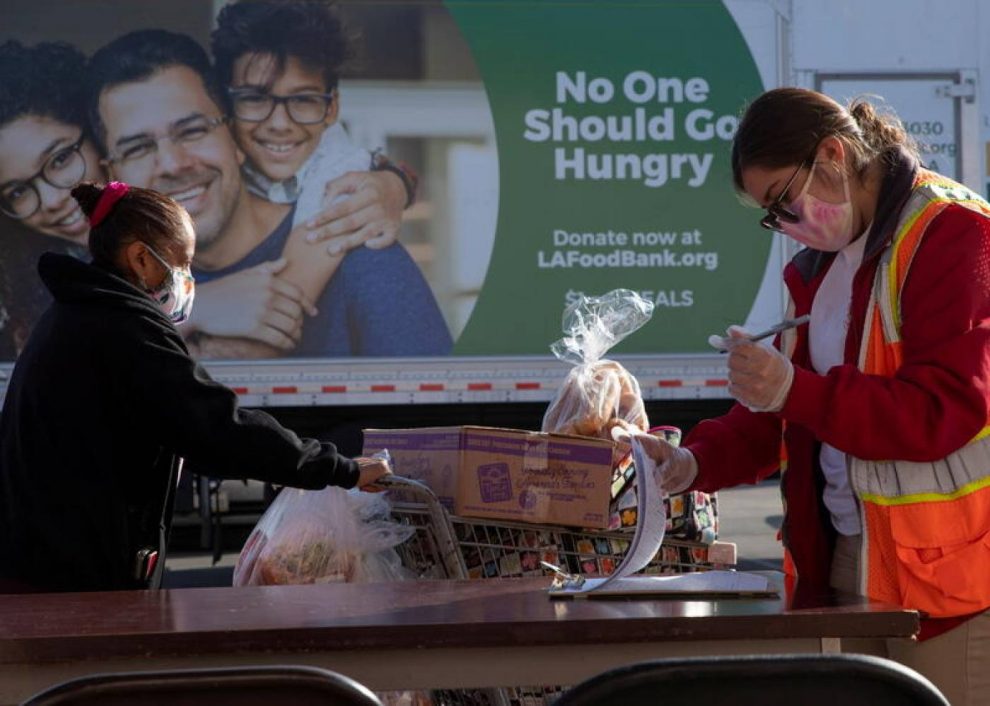 A food bank in the Rocky Mountain city of Idaho Falls that fed up to 200 hungry people a day pre-pandemic was forced to close its doors this month.

“We can’t get the volunteers because of safety concerns,” said Ariel Jackson, head of the Community Food Basket.

There’s no shortage of needy people but, without volunteers, charities have been forced to pare back or change their distribution systems and find other ways to help.

More than 54 million Americans could go hungry during the COVID-19 pandemic, according to Feeding America, a national network of 200 food banks.

Fueling those numbers are an estimated 3.6 million Americans who have been out of work for more than six months, according to the U.S. Labor Department.

The number of Americans filing first-time claims for jobless benefits has been rising as the United States has been slammed by a fresh wave of coronavirus infections. More than 12 million people have been infected, the highest number globally.

“I’ve definitely seen new folks in the lines who do not look like they’ve been living in the streets,” said Lillian Mark, deputy director of programming at the Glide Foundation, a charity in the California city of San Francisco.

Before the pandemic, Glide had up to 700 volunteers a week preparing and serving more than 2,000 on-site meals a day, which it has halted in favor of pre-packaged to-go meals, Mark said.

For Thanksgiving, when Glide plans to serve hot meals under tents pitched in the city’s Tenderloin District, the ranks of volunteers have definitely thinned, Mark said.

“They definitely feel more vulnerable and so they’re opting out.”

Younger people with holiday plans to visit older parents or grandparents are not volunteering either, she said.

The Community Food Bank in Idaho Falls asked all its high-risk volunteers – 90% of its volunteers were aged over 65 – to stay home when the pandemic and lockdown started, Jackson said.

“When we asked them to return, only about 20% have come back,” she said.

The charity has reopened with to-go sandwich service and the help of a state grant, but the volunteer calendar for 2021 is short about half the number of workers it needs, Jackson said.

Donations have slowed considerably, she added.

“Things are so uncertain that people are afraid to donate because what if something happens?”

Other food banks and soup kitchens are asking volunteers to stay home and keep safe.

Scott Schenkelberg, chief executive of Miriam’s Kitchen, a nonprofit that provides free food in Washington, D.C., cut his volunteer staff to six from 25 people per shift and advised against people donating food or clothing in person.

“We don’t want people coming here,” said Schenkelberg. “The best thing for people to give is to make financial contributions.”

Since initial rounds of government-funded relief dried up in August, the Trump administration and U.S. Congress have not agreed on a further stimulus package that could help millions of Americans who lost their jobs and incomes in the pandemic.

At least 12 million Americans are due to lose jobless benefits a day after Christmas, and another coronavirus relief package is expected only after President-elect Joe Biden is sworn in on Jan. 20.

“We need advocates. We need voices that are going to call our congressional members and ask for another stimulus package,” said Catherine Drennan, spokeswoman for The Greater Boston Food Bank, one of the largest food banks in the United States.

“We’re really in dire need … the country is in need of more assistance.”