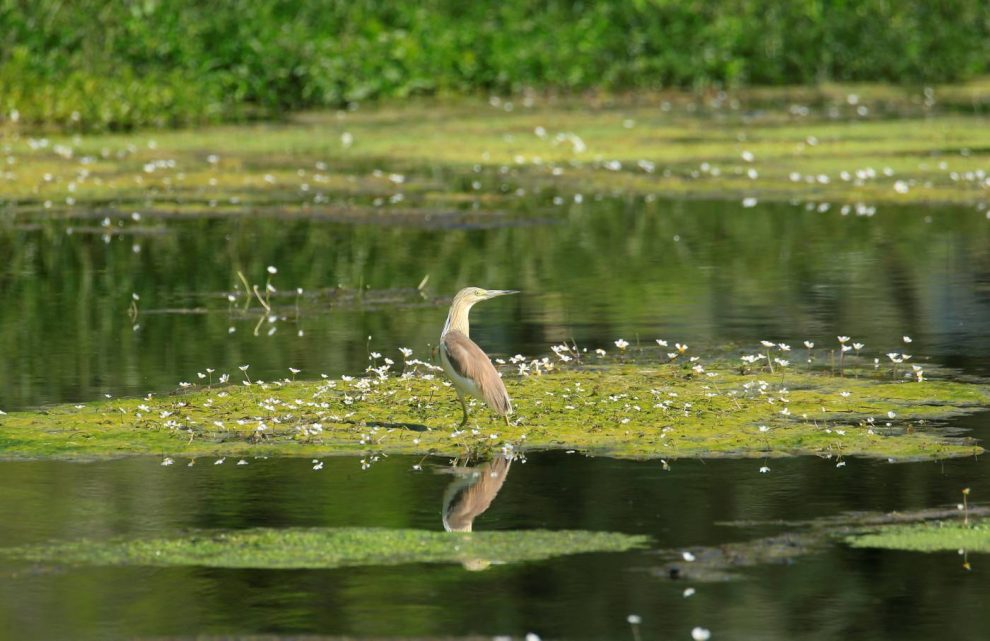 Adopted this week by the U.N. Statistical Commission, the accounting system comes as a global movement gathers pace to protect the natural world by valuing the contributions forests, wetlands and other ecosystems make to economies and societies.

The benefits of preserving nature, such as reducing carbon emissions, producing water and boosting resilience to extreme weather, exceed the value of exploiting it, according to a study published this week in the Nature Sustainability journal.

If Nepal’s Shivapuri Nagarjun National Park were turned from forest into farmland, for instance, instead of boosting the economy, it would create an $11-million annual deficit by cutting carbon storage 60% and water quality 88%, researchers estimated.

So how can the monetary value of nature be measured, and what does it mean for global efforts to tackle climate change and biodiversity loss?

In a landmark review on the economics of biodiversity released in February, Cambridge University economist Partha Dasgupta said measures were needed to put a value on ecosystems and the services they provide to humans.

The 602-page report widely criticised conventional economics and urged policymakers to accept that all business activity is “embedded” within nature.

“We take for granted all that nature provides,” said Brian O’Donnell, director of the Campaign for Nature, which works with scientists, indigenous people and conservation groups.

Conventional measures of wealth fail to assess things that make life on the planet possible, like food and protection from storms, meaning the cost of harming them is ignored, he added.

“Without valuing nature in our economic systems, we aren’t going to get off that crash course,” he told the Thomson Reuters Foundation.

HOW DO YOU PUT NATURE ON THE BALANCE SHEET?

In simple terms, the U.N. accounting framework helps measure two key things in physical and monetary terms: the “stock” of nature, such as the extent of forest cover and wetlands, and its “flows” – the benefits nature provides, such as water purification and carbon sequestration.

A common example economists give is a forest. Its economic value is usually derived from the timber sold after trees are cut, but in this new system it would also be judged for benefits like sucking up planet-heating carbon and preventing floods.

“Nature, and the contribution of these ecosystems to our prosperity and well-being, will finally be reflected in our balance sheets,” U.N. chief economist Elliott Harris told media.

With new remote sensing technology, including drones, the data needed is relatively straightforward to collect, though some countries may require support, said Andrew Deutz, director of global policy at The Nature Conservancy charity.

WHERE IS THE APPROACH BEING USED?

The United Nations says more than 34 countries, including Brazil, South Africa and India, are already measuring their “natural capital” on an experimental basis.

A small number have brought environmental benefits into their decision-making in a more significant way. They include New Zealand’s “well-being budget”, which has a specific goal to transition to a sustainable economy.

Some nations have shifted their behaviour when a loss of biodiversity has clearly led to damage, Deutz told the Thomson Reuters Foundation.

Dramatic flooding in China in the 1990s, linked to major deforestation and poor land use, led to closer tracking of the environment around the Yangtze river and major investments in forest restoration, for example.

States like Belize and the Bahamas have also introduced changes to protect their nature-based island tourism industry.

The United Nations said its new accounting framework can “underpin decision-making” at this year’s two crucial global conferences: the COP15 talks on biodiversity hosted by China, and the COP26 climate negotiations in Glasgow.

The standards are voluntary but economists say their U.N. endorsement marks a significant step forward in encouraging governments to go beyond gross domestic product and bring natural capital into economic decision-making.

“What this does is actually start to define what we mean by natural capital more clearly,” said Mark Gough, chief executive of the Capitals Coalition, a network that develops tools to measure and value natural, human and social capital.

The next important step is connecting the work of governments with financial institutions, businesses and civil society groups, so they can judge the value of nature in a credible and commonly recognised way, he said.

“The biggest gap is actually getting the information to the right people,” Gough said.