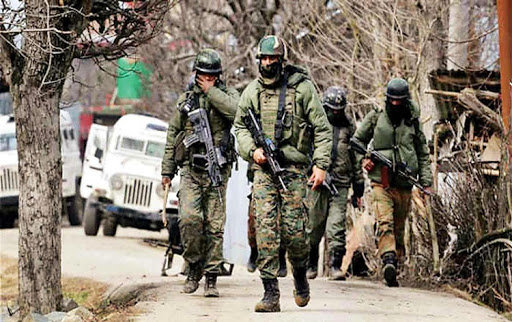 In Jammu and Kashmir, two terrorists were killed in an encounter with security forces at Wangam area of Shopian district yesterday evening. Police said a joint team of security forces launched a cordon and search operation (CASO) in Wangam  following the intelligence inputs about the presence of terrorists in the village. As the joint team approached towards the suspected spot, the terrorists fired upon them and in retaliation, two terrorists were gunned down. The identity of the slain terrorists is being ascertained. Arms and ammunition have also been recovered from their possession.

One Army soldier also attained martyrdom in the encounter while another injured soldier was evacuated to Army’s 92 Base Hospital in Srinagar.