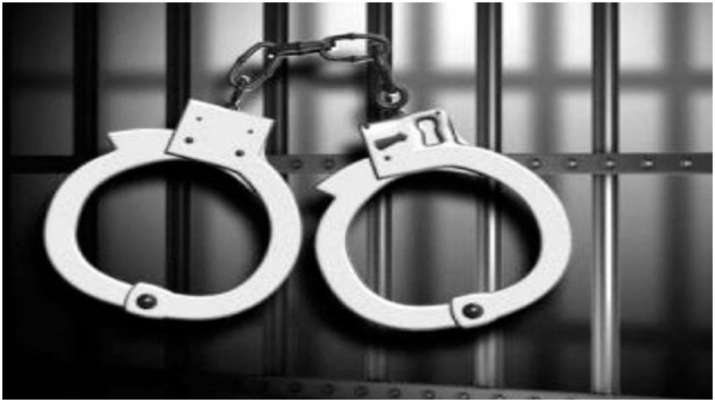 The Dispatch Staff
Add Comment
Two ‘hybrid’ terrorists of Hizbul Mujahideen (HM) were arrested in Bandipora district of Jammu and Kashmir and arms and ammunition were recovered from their possession, police said on Sunday

SRINAGAR: Two ‘hybrid’ terrorists of Hizbul Mujahideen (HM) were arrested in Bandipora district of Jammu and Kashmir and arms and ammunition were recovered from their possession, police said on Sunday.
On a specific input regarding movement of terrorists from Bandipora to Srinagar, a checkpoint was established by security forces near Wullar Vantage Aragam on Saturday, a police official said.
He said while conducting searches of pedestrians and vehicles, two individuals were observed moving suspiciously in a car who tried to conceal their identity on seeing the naka party.
On being challenged, the suspicious persons tried to break the checkpoint and were tactfully apprehended, the official said.
He identified them as Abid Ali and Faisal Hassan Parray — both residents of Herpora Achan Pulwama.
During search of the both individuals and the vehicle, incriminating materials, arms and ammunition including an AK-47 rifle, two magazines with 30 live rounds, a pistol, a pistol magazine with four live rounds and four pistol fired cases were recovered, the official said.
The vehicle used in the commission of the crime was seized, he added.
A case has been registered and further investigation is in progress, the official said.
Police say hybrid’ terrorists are sympathetic to the militant cause and are radicalised enough to carry out targeted attacks as tasked by their handlers and then slip back into normal work, waiting for the next assignment.