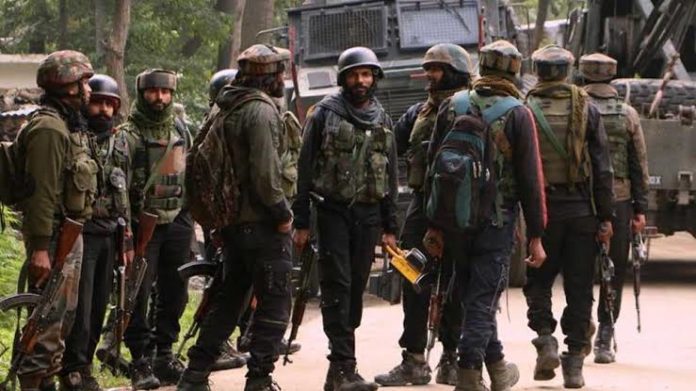 Two Pakistani SSG {Special Services Group) commandos were killed in retaliation by the Indian Army as it foiled a BAT (Border Action Team) action by the Pakistan Army along the Line of Control (LoC) in the Poonch sector last evening.
One Indian Army soldier was also killed in action as he was hit by direct fire in the encounter in which rocket launchers and anti-tank guided missiles were fired by both sides, Army sources told. The incident happened when the Pakistani Special Services Group and Army regulars launched an attack on own post in Nathua Ka Tibba in Sunderbani sector, they said.
The alert Indian Army troops fired at the Pakistani troops and forced them to retreat.
The Indian soldier Rifleman Sukhwinder Singh took a direct hit on his body and was immediately killed in action.
Sources said that intercepts of Pakistani communication suggest that they have suffered the loss of at least two SSG commandos in Indian firing.
Indian Army is on a very high alert on the entire LoC to avoid any such attempt by the Pakistani side.
The post which was attacked is surrounded by the Pakistani position from three sides and has been under frequent attack by the Pakistan Army.