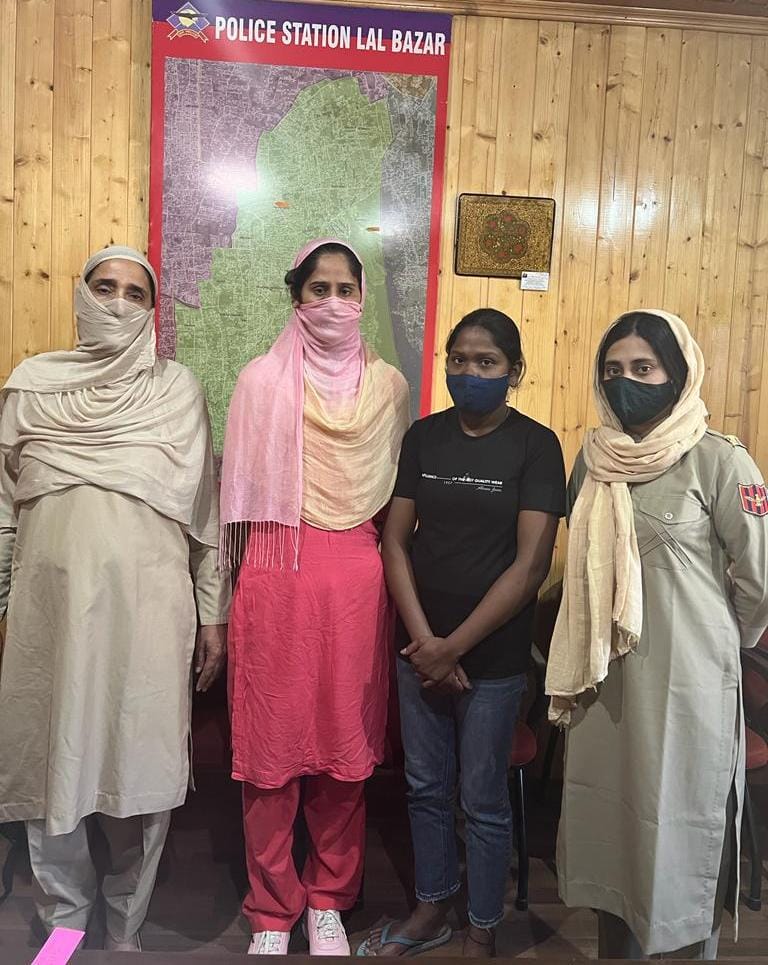 SRINAGAR: The Jammu and Kashmir police in Srinagar on Tuesday arrested two maids within hours after they duped a Srinagar family.

The action by police followed a complainant by one Muzamil Hayat son of Faiz Ahmad of Lal Bazar Srinagar that the family hired one maid through Karishna Maid Bureau through an online platform and on May 9, at around 03:30 pm the Karishma Maid Bureau sent the maid namely Archana Chauhan along with the agent namely Rajini Jha at their location. An amount of advance of one year to the tune of Rs 74 thousand was given to the agent.

However, to the surprise of the family, both the helper and the agent fled from our house in the early morning along with the advance payment.

Based on this information, police said, a case (FIR no. 26/2022) under section IPC section 420 (cheating, 120 (Concealing design to commit an offense punishable with imprisonment) was registered at police station Lal Bazar.

Under the direction of SSP Srinagar Rakesh Balwal, various teams were constituted under the supervision of SDPO Hazaratbal Dr. Azhar Rashid JKPS and SHO Lal Bazar Shree Ram (IPS) to nab the agent and helper. “Taking advantage of Technical and human sources, both these ladies were arrested within hours from Qazigund area with the active assistance of police station Qazigund along with the advance cash payment,” police said.

The arrested have been identified as Archana Chauhan daughter of Ram Chauhan of Pathalgaon Chhattisgarh and Rajni Jha daughter of Ramesh Jha of Jharkhand.

“Further investigation in the case is going on and more arrests are expected,” the police said in a statement. SSP Srinagar urged the general public to contact the police for the authenticity of various maid consultancies running online or offline and ensure police verification of maids before they are hired or employed. (GNS)