Jammu, Oct 30: Two people were killed and two injured when a vehicle they were travelling in met with an accident in Reasi district of Jammu and Kashmir.

Police here said that on Friday morning, one pickup vehicle, which was on way from Arnas towards Dhanour rolled down and fell into a deep gorge in which two persons died on the spot and two injured.

Meanwhile injured persons namely Mohammad Shabir (22), Mohammad Saleem (25), were immediately shifted to District Hospital Reasi from where one of them was referred to GMC Jammu for advanced treatment.

Dead bodies shifted to PHC Arnas for post mortem while a case is registered and investigation started. 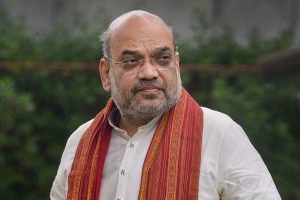