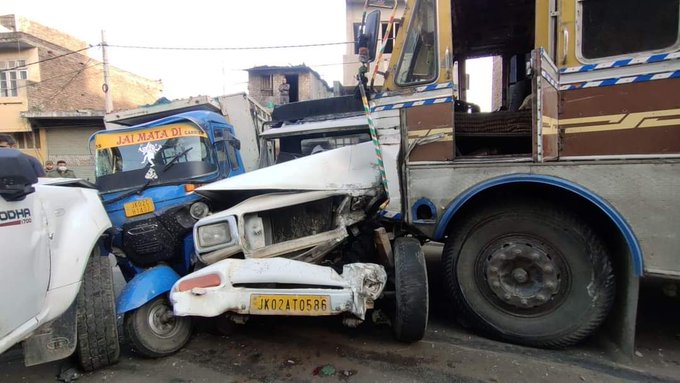 Jammu, Mar 13: Two persons were killed and four others were critically injured in a major road accident in Narwal Market of Jammu where a truck hit several vehicles due to break failure.

An official told the news agency— that a truck lost control over the wheel apparently due to a brake failure and it hit and damaged nearly a dozen vehicles, including four mini load carriers, three cars and two two-wheelers.

He said that in the incident two persons were also got killed while four were critically injured.

He said that the four critically-injured persons were shifted to the Government Medical College (GMC) hospital for treatment.

The official said that driver of the truck fled from the spot. 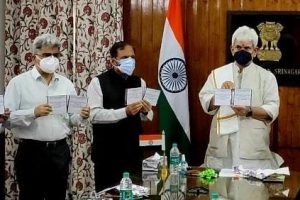 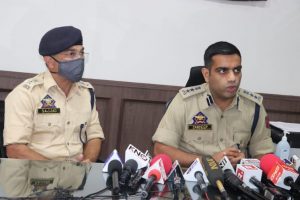