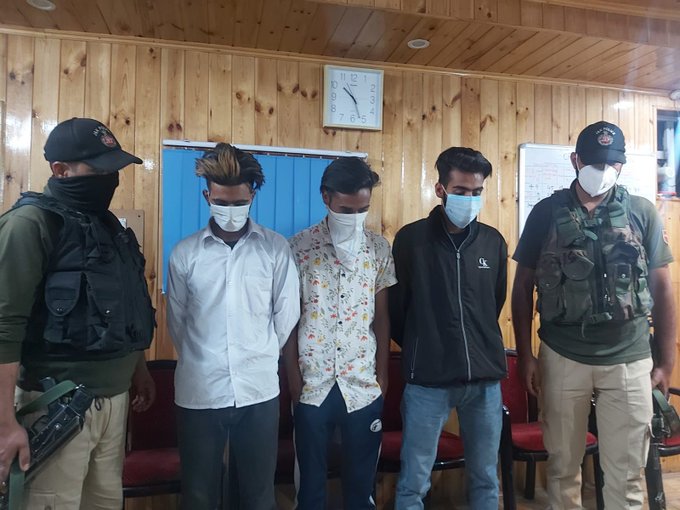 In a statement, the police said that on the afternoon of 18th May, a group of drug peddlers allegedly tried to molest a schoolgirl (name withheld), a student of Kendriya Vidyalaya, Shivpora, near Shivpora Bund, while she was on her way to home from school.

The police spokesman further stated that in her attempt to resist the attack from the perpetrators, she raised an alarm which caused the accused to flee from the spot.

Upon receiving the complaint from the family of the victim, Police station RM Bagh lodged a case under FIR no. 46/2022 u/s 341, 509 IPC, and an investigation was taken up, he said.

After strenuous efforts by Police station Ram Munshi Bagh under the supervision of DySP Sleet Shah JKPS,
Three (3) suspects were arrested who were later identified by the victim as well.

The trio was apprehended by police station Rambagh; the adult will be produced before the court for further police remand while juveniles have been taken to Observation home, Harwan reads the statement.(GNS)