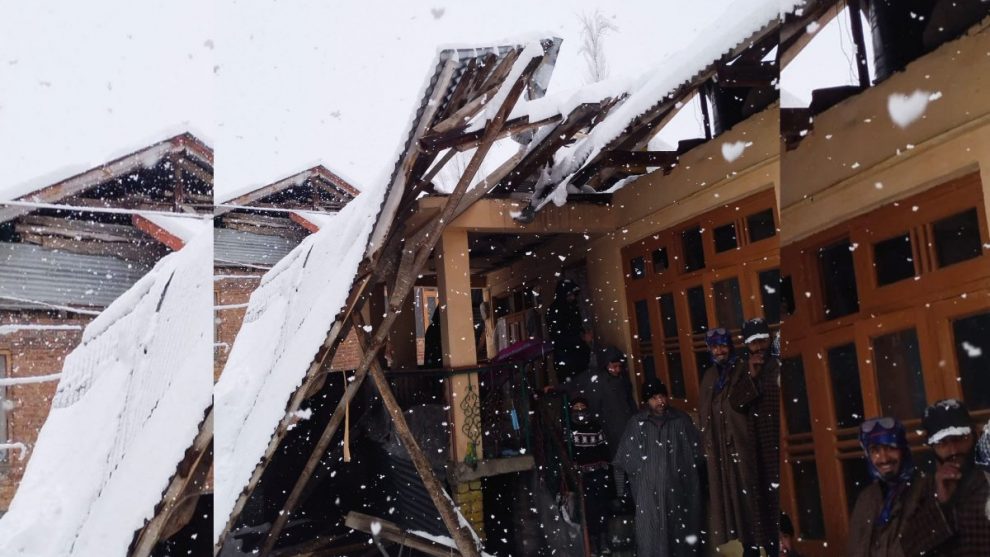 SRINAGAR: Two residential houses, three vehicles and Overhead Equipment (OHE) wire were damaged on Wednesday due to overnight snowfall in parts of Jammu and Kashmir.

Local sources told that a tower of the Power Department Development (PDD) got collapsed at village Balhama at Khrew near J&K Bank, resulting in damage to two vehicles which includes a tipper dumper (JK02AP-2513) and a platform vehicle (JK02AL-1648).

In another incident, a branch of a chinar tree fell on an Endeavour vehicle (PB 29F 0474) at Kadipora Anantnag due to heavy snowfall, causing damage to the vehicle.

“An OHE wire of Railway department was damaged at railway track Kakapora,” Railway official said. “The section Railway administration is on job to clear the track,” he said—(KNO)