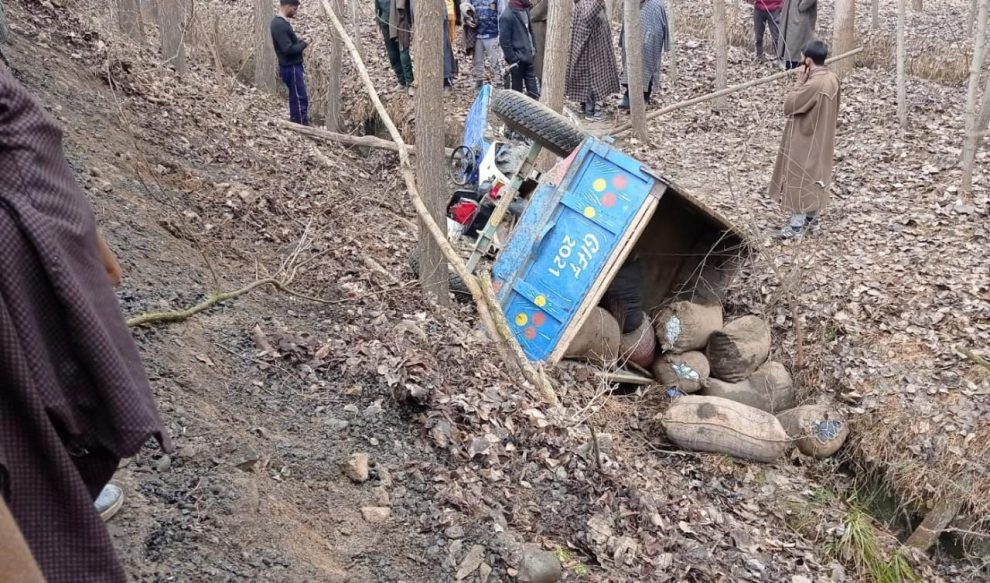 GANDERBAL: Two brothers were killed when a tractor they were travelling in turned turtle at Sama Mohallah Shalabugh area in Central Kashmir’s Ganderbal district on Tuesday.

An official that a tractor turned turtle at Sama Mohalla Shallabugh, resulting in injuries to two brothers identified as Sahil Ahmad Dar and Rameez Dar—sons of Ghulam Mohidin Dar of Shallabugh. They said that the duo was rushed to PHC Pirpora for treatment where they were shifted to District Hospital Ganderbal where doctors declared them as brought dead.

A case in this regard has been registered and investigation was taken up, he added—(KNO)