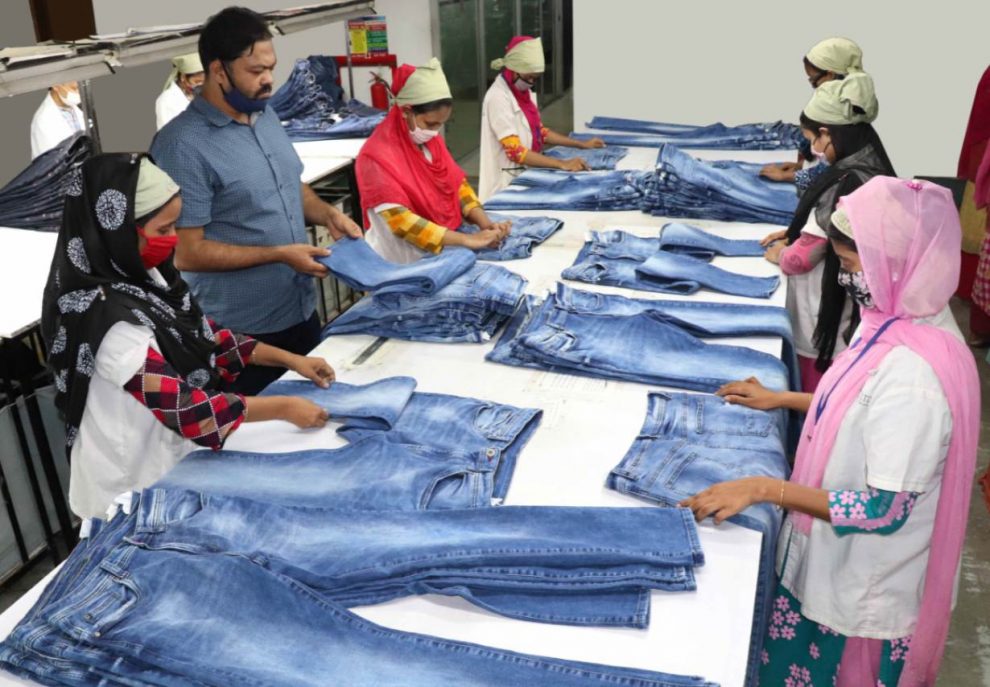 DHAKA: Parvez Morshed thought he was going to become a tailor in Saudi Arabia, but the Bangladeshi migrant was tricked by a recruiter and ended up working as a builder earning half the promised pay.

Unable to support his family and clear the loan he borrowed to get the job, Morshed returned home mid-pandemic to work in a garment factory that ran a programme hiring trafficking victims.

“The job in Saudi was supposed to be a way out for my family. But it put us in more trouble than before,” Morshed told the Thomson Reuters Foundation by phone.

“It has been difficult to get jobs due to the coronavirus, so I consider myself fortunate to be working here. It saved my family from a lot of trouble,” said the 30-year-old tailor, four months into his new job.

Morshed is one of the lucky few.

Charities helping Bangladeshi migrants who have been tricked into fake jobs, ending up saddled with debt or working in dire conditions, say workers now risk falling back into the same trap as the COVID-19 fallout eats into income opportunities at home.

Jobs like Morshed’s – at a legitimate factory with a living wage and free of debt – are now few and far between.

Organisations that work to get slavery victims back on track – then keep them safe – say most have lost earnings in COVID-19, and fear this leaves them newly exposed to re-trafficking.

“When a victim returns home and starts living with the family, but isn’t able to contribute due to job cuts, he becomes a burden. He also has to deal with the stigma of being a survivor. These factors force survivors to move,” he said.

FROM TRAFFICKED TO TRANSGENDER

According to NGO Winrock International, 72 of the 77 survivors they support in the northern city of Rangpur saw their income fall – 14 lost their jobs – between April and August.

Relatives of about 400 trafficking survivors needed food donations to survive the pandemic and so avoid falling back into trafficking, said the charity Justice and Care.

Add to that the fact that survivors now carry an extra burden of repaying the loans they took out to survive lockdown, and the risk of re-exploitation rises still further.

Which is why Morshed’s factory job sets him apart.

“Giving a trafficked victim a job, is like saving him from committing suicide,” said Mostafiz Uddin, owner of Denim Expert Limited, the factory that hired Morshed.

“Trafficked victims go into a state of shock after losing everything. Everybody, even their own family, sees them as a failure … hiring them is a kind of rehabilitation and that’s more important than money. It gives mental peace,” he added.

The factory, which makes clothes for brands such as H&M and Zara and employs about 1,900 workers, began employing survivors of exploitation in 2018.

While the initiative is small, Uddin is breaking ground. He employs three survivors and is in talks with four more.

“This is a relatively new programme and I want to hire more. But, it’s not easy to convince them. They have gone through a lot of pain and at times don’t believe us when we talk about hiring them. Some of them think we are brokers,” he said.

The denim factory also recruits from Bangladesh’s transgender community – it has five trans workers – and is developing a jobs programme for marginalised sex workers.

Survivors find it especially hard to cope with job losses or a fall in income, experts say, as many struggle with trauma or a loss of confidence. Pandemic-driven job cuts can also put them squarely back in the traffickers’ sights, they added.

“They often give up easily. I have seen survivors quit factories just because of intense pressure,” said Tariqul Islam, Bangladesh’s Country Director of Justice and Care, which works on anti-trafficking measures in the South Asian nation.

“They then rely on people who give them false hopes of making easy money. That’s where the danger of re-trafficking lies… the job cuts also puts many survivors in danger of starting their rehabilitation process from scratch,” he added.

To address these issues, advocates have urged the government to make a list of trafficking survivors and give them priority to obtain jobs abroad through legal channels.

A government official in Jessore, a border town known for trafficking, acknowledged more must be done to protect victims.

“We are working on ways to provide more training to survivors so that they have the right skills to get jobs in the market,” said Deputy Director Asit Kumar.

Help cannot come soon enough for Mita, a survivor who lost her job in August and wonders how next to support her family.

Now 22, Mita was trafficked and sold to a brothel in Mumbai when she was 13. After her rescue, she lived in a government shelter before returning to Bangladesh in 2017.

With hopes of a fresh start, she joined a garment factory the following year, but lost her job due to the pandemic.

Now she worries about slipping back into the shadows.

“I know that I have overcome a lot of things in life, but right now I am worried because I don’t have a job and I don’t know how I am going to support my mother,” Mita said.