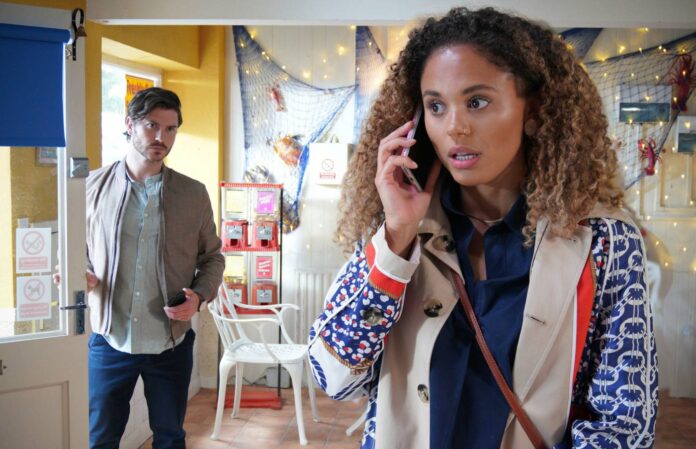 LONDON: A harrowing storyline in the popular British soap opera “EastEnders” could save lives, as a mother is killed by her husband as she tries to flee her toxic marriage following lockdown, domestic abuse charities said.

Reports of domestic abuse have soared around the world during the new coronavirus pandemic, with lockdowns trapping many women at home with cruel partners.

“We truly believe this storyline has the power and influence to save lives,” said Lisa King, a spokeswoman for the charity Refuge, which worked with the scriptwriters.

Campaigners against domestic violence say two women are killed every week by a current or former partner in England and Wales, but reports from early in Britain’s lockdown suggest numbers may have more than doubled.

They warned earlier this year that women leaving abusive relationships as restrictions eased could be at heightened risk of attack or even murder.

The “EastEnders” plot focuses on hairdresser and mother-of-two Chantelle Atkins, who despite her seemingly perfect life, has suffered years of physical and mental abuse at the hands of controlling husband Gray.

When the BBC soap returned to screens this week – after a break in filming because of COVID-19 – viewers learned that the abuse had worsened during lockdown.

The BBC has said the story will culminate with Chantelle’s murder in an episode next week.

Although the scriptwriters had always intended for the storyline to end with her death, the latest episodes have been written to reflect the experiences of domestic abuse victims during lockdown.

“Storylines like this have a massive impact and help women recognise the signs of abuse,” said Teresa Parker, a spokeswoman for the charity Women’s Aid, who also worked with the scriptwriters.

“Many women like Chantelle will have suffered a living hell during lockdown. I hope the awareness raised means that more women reach out for support,” she told the Thomson Reuters Foundation.

Refuge, which runs Britain’s national domestic violence helpline, logged more than 40,000 calls and contacts during the first three months of lockdown, which was introduced in March.

As restrictions lifted in early July, the charity saw a 54% rise in helpline callers needing emergency accommodation, compared with the last week in June.

Women’s Aid has also worked with rival soap opera “Coronation Street” this year on a plotline focusing on coercive control, in which a character called Geoff manipulates his wife’s friends and family and takes over her finances.

Parker said women had since emailed them to say the show had helped them understand that they were trapped in similarly abusive situations.

“Several women told us that they were ‘sitting next to their own Geoff’ while watching the programme,” Parker said.

“Some women are now seeking help after being with an abusive partner for nearly five decades.”