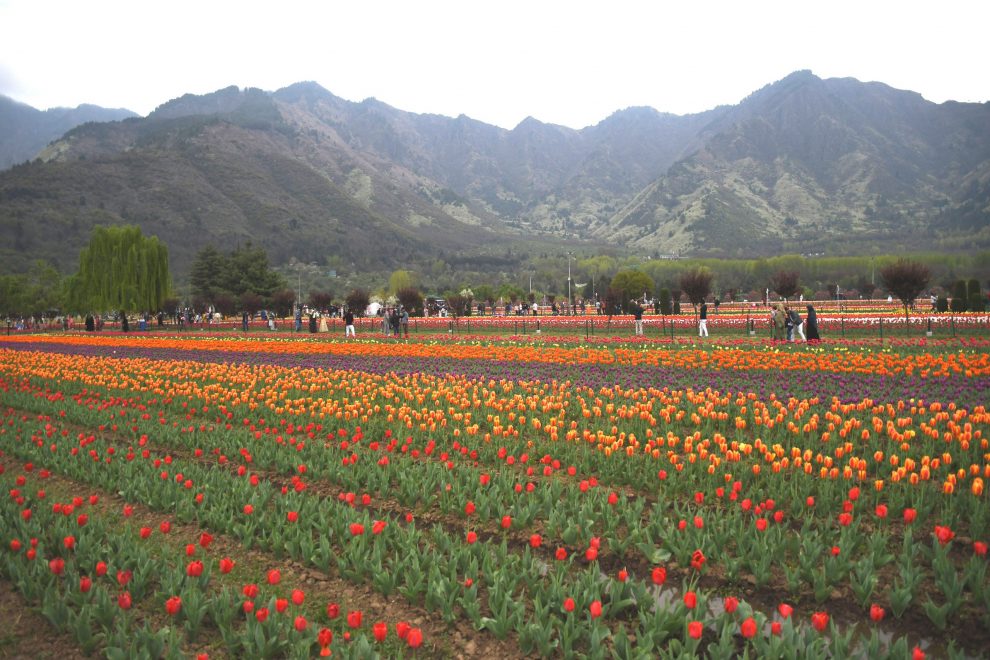 SRINAGAR: The famous Tulip garden in Srinagar will shut for visitors on April 18 as flowers have started to shrink in view of rise in temperatures, officials said Saturday.

Director Floriculture Farooq Ahmed Rather said that the department has decided to close the garden for visitors on April 18. “The Tulip bloom has started to shrink in view of the rise in the temperatures. This year we had opened the garden earlier than previous year. From March 23 to April 16, 3.5 lakh visitors including tourists and locals visited the garden,” he said, adding that last year figure was only 2.26 lakh. “This year, the footfall was all time high.”

Rather thanked people and tourists for visiting garden in large numbers. He, however, urged tourists to explore the beauty of other gardens of Srinagar and other parts of Kashmir stating that the Valley was not all about Tulip garden only.

This year, 1.5 million Tulips and various varieties of flowers were in full bloom at the garden that mesmerised the visitors. The tourism department had put on display the famous food cuisine of Kashmir—Wazwan and various varieties of Kashmir’s traditional bread besides kehwa, in a bid to woo tourists. This year, Kashmir is witnessing record number of tourist arrivals for the first time in the past over a decade. In March month of this year, 1.80 lakh tourists visited Kashmir, which is highest ever in the past ten years—(KNO)