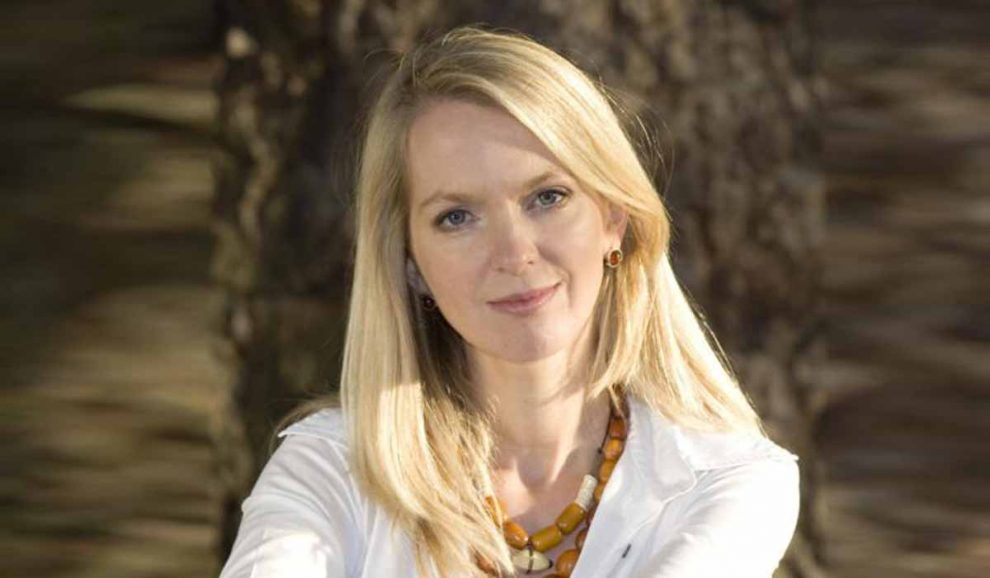 He is dead. My beloved husband, the mighty Tsar of all the Russias, has died – and just in time.

Moments before death came for him, Peter called for a quill and paper to be brought to him in his bed-chamber in the Winter Palace. My heart almost stalled. He had not forgotten but was going to drag me down with him. When he lost consciousness for the last time and the darkness drew him closer to its heart, the quill slipped from his fingers. Black ink spattered the soiled sheets; time held its breath. What had the Tsar wanted to settle with that last effort of his tremendous spirit?

I knew the answer.

The candles in the tall candelabra filled the room with a heavy scent and an unsteady light; their glow made shadows reel in corners and brought the woven figurines on the Flemish tapestries to life, their course faces showing pain and disbelief. Outside the door, the voices of the people who’d stood there all night were drowned out by the February wind rattling furiously at the shutters. Time spread slowly, like oil on water. Peter had pressed himself into our souls like his signet ring in hot wax. It seemed impossible that the world hadn’t careened to a halt at his passing. My husband, the greatest will ever to impose itself on Russia, had been more than our ruler. He had been our fate. He was still mine.

The doctors – Blumentrost, Paulsen and Horn – stood silently around Peter’s bed, staring at him, brow beaten. Five kopeks-worth of medicine, given early enough, could have saved him. Thank god for the quacks’ lack of good sense.

Without looking, I could feel Feofan Prokopovich, the Archbishop of Novgorod, and Alexander Menshikov watching me. Prokopovich had made the Tsar’s will eternal and Peter had much to thank him for. Menshikov, on the other hand, owed his fortune and influence to Peter. What was it Peter had said when someone tried to blacken Alexander Danilovich’s name to him by referring to his murky business dealings? ‘Menshikov is always Menshikov, in all that he does!’ That had put an end to that.

Dr Paulsen had closed the Tsar’s eyes and crossed his hands on his breast, but he hadn’t removed the scroll, Peter’s last will and testament, from his grasp. Those hands, which were always too dainty for the tall, powerful body, had grown still, helpless. Just two weeks earlier he had plunged those very hands into my hair, winding it round his fingers, inhaling the scent of rose water and sandalwood.

‘My Catherine’ he’d said, calling me by the name he himself had given me, and he smiled at me. ‘You’re still a beauty. But what will you look like in a convent, shorn, and bald? The cold there will break you, your spirit, even though you’re strong as a horse. Do you know that Evdokia still writes to me begging for a second fur, poor thing! What a good job you can’t write!’ he’d said, laughing.

It had been thirty years since Evdokia had been banished to the convent. I’d met her once. Her eyes shone with madness, her shaven head was covered in boils and scabs from the cold and the filth, and her only company was a hunchbacked dwarf to serve her in her cell. Peter had ordered the poor creature have her tongue cut out, so in response to Evdokia’s moaning and laments, all she was able to do was burble. He’d been right to believe that seeing Evdokia would fill me with lifelong dread.

I knelt at Peter’s bedside and the three doctors retreated to the twilight at the edge of the room, like crows driven from a field: the birds Peter had been so terrified of in the last years of his life. The Tsar had called open season on the hapless birds all over his Empire. Farmers caught, killed, plucked and roasted them for reward. None of this helped Peter: silently, at night, the bird would slip through the padded walls and locked doors of his bedchamber. Its ebony wings blotted the light and in their cool shadow, the blood on the Tsar’s hands never dried.

His fingers were not yet those of a corpse, but soft, and still warm. For a moment, the fear and anger of these past few months slipped from my heart like a thief in the night. I kissed his hands and breathed in his familiar scent of tobacco, ink, leather, and the perfume tincture that was blended for his sole use in Grasse.

I took the scroll from his hand, it was easy enough to slide it out, although my blood thickened with fear and my veins were coated with frost and rime like branches in our Baltic winter. It was important to show everyone that I alone was entitled to do this – I, his wife, and the mother of his children. Twelve times I had given birth.

The paper rustled as I unrolled it. Not for the first time, I was ashamed of my inability to read and I handed the Tsar’s last will to Feofan Prokopovich. At least Menshikov was as ignorant as I. Ever since the days when Peter first drew us into his orbit and cast his spell upon us, we had been like two children squabbling over their father’s love and attention. Batjushka Tsar, his people called him. Our little father Tsar.

Prokopovich must have known what Peter had in mind for me. He was an old fox with a sharp wit, as comfortable in heavenly and earthly realms. Daria had once sworn that he had 3,000 books in his library. What, if you please, can one man do with 3,000 books? The scroll sat lightly in his liver-spotted hands now. After all, he himself had helped Peter draft the decree that shocked us all. The Tsar had set aside every custom, every law: he wanted to appoint his own successor and would rather leave his empire to a worthy stranger over an own, unworthy child.

How timid Alexey had been when we first met, the spitting image of his mother Evdokia, with his veiled gaze and high, domed forehead. He couldn’t sit up straight, because Menshikov had thrashed his back and buttocks bloody and sore. Only when it was too late did Alexey grasp his fate: in his quest for a new Russia, the Tsar would spare no-one, neither himself, nor his only son. You were no blood of my blood, Alexey, no flesh of my flesh; and so I was able to sleep soundly. Peter though had been haunted by nightmares from that day on.

My heart pounded against my lightly laced bodice – I was surprised it didn’t echo from the walls – but I met Prokopovich’s gaze as calmly as I could. I wriggled my toes in my slippers as I could not afford to faint. Prokopovich’s smile was a thin as one of the wafers he would offer in church. He knew the secrets of the human heart; especially mine.

‘Give everything to…’ He paused, looked up and repeated: ‘To…’

Menshikov’s temper flared; he reared as if someone had struck him with a whip, like in the good old days. ‘To whom?’ he snarled at Prokopovich. ‘Pray, tell, Feofan, to whom?’

I could hardly breathe. The fur was suddenly much too hot against my skin. Feofan shrugged. ‘That’s all. The Tsar didn’t finish writing the sentence.’ The shadow of a smile flitted across his wrinkled face. Peter had liked nothing better than to turn the world on its head: and, oh yes, he still had hold of us from beyond the grave.

Feofan lowered his gaze. I snapped back to life. Nothing was decided. Peter was dead; his successor unnamed. But that didn’t mean I was safe. It meant quite the opposite.

Excerpted with permission from Tsarina, Ellen Alpsten, Bloomsbury. Read more about the book here and buy it here.

Chess forms a common connection between two eras in this novel, as it flits seamlessly between the 5th and 21st centuries
The dimensions and dynamics of Indian Foreign Policy under Indira Gandhi's prime ministership: Read an excerpt