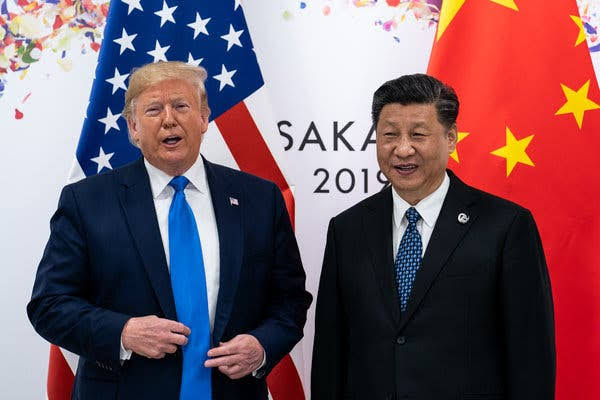 US President Donald Trump on Friday said that he had “a very good talk” with his Chinese counterpart Xi Jinping regarding the “giant Trade Deal”.
“Had a very good talk with President Xi of China concerning our giant Trade Deal. China has already started large scale purchases of agricultural product & more. Formal signing being arranged. Also talked about North Korea, where we are working with China, & Hong Kong (progress!),” Trump tweeted. Meanwhile, Xinhua quoted the Chinese President as saying that the phase-one economic and trade deal between China and the United States benefits both sides and the whole world.
The agency in its report stated that in a phone conversation with Trump, Xi noted that the “two countries have reached the phase-one agreement on the basis of the principle of equality and mutual respect”.
On December 15, it was reported that China had suspended additional tariff on imports of American products, two days after Washington and Beijing reached an interim agreement aimed at preventing further escalation of the trade war.