Banihal, Mar 01 A truck driver was found dead under mysterious circumstances near Jawahar Tunnel along the Jammu-Srinagar highway in intervening night of Sunday-Monday.

A police official told the news agency that a truck driver identified as Manzoor Ahmed Lone, son of Abdul Rehman Lone from Dalgate, Srinagar was on way to Kashmir.

He said the driver was found dead under mysterious conditions inside his truck at around 01:30 hours.

“Subsequently, a case under 174 CrPc has been registered and further investigation has been taken up,” the police official said.

He said apparently it seems that the man has died due to “cardiac arrest”. 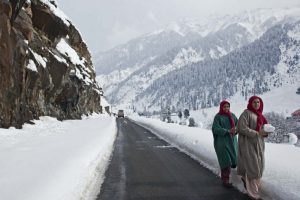