During the practical lockdown of Parliament debates during the monsoon session due to uncontrollable disturbances by the Opposition, peeved over the Pegasus scandal, several bills were passed without discussion. Among these is a very important legislation on reform of tribunals, which seeks attention. The bill was passed by voice vote on 3 August, replacing the ordinance on the matter that was issued in April and struck down by the Supreme Court.

A series of petitions challenging the legality of the legislation, including one by Congress Member of Rajya Sabha, Jairam Ramesh, were filed in the Supreme Court to declare as “unconstitutional” the provisions of the bill that revive the ordinance.

The Chief Justice of India was so upset by this development that he told the Solicitor-General who appeared for the government, “You have no respect for the judgements of this court…You are testing our patience”. He asked the government to fill up the long-pending vacancies in key tribunals before the next hearing.

There are 16 tribunals in India, including the National Green Tribunal. In 2017, these were reorganised with mergers based on functions. Powers regarding terms and conditions of recruitment of members were delegated to the Union government. But, the rules were struck down by the Supreme Court. The 2021 bill has abolished eight tribunals and transferred their functions to existing judicial bodies.  Government’s contention is that tribunals have not necessarily resulted in faster justice.

Tribunal is a term derived from “Tribunes”, who were officers chosen by the people in the ancient Roman Republic who were in charge of dispensing justice. They were important officers protecting the interests of plebian citizens against the patrician magistrates. Today, tribunals are set up by laws in most of the nations and are administrative bodies with quasi-judicial functions parallel to the court system.

These are considered in many nations as specialist judicial bodies created to decide disputes in specified areas of law. Some are constituted at the level of subordinate courts and appeals can be made to high courts; some are on par with high courts with appeals lying with the Supreme Court. They were first set up in 1938 in Britain as an agency of the Ministry of Justice.

An Alternative Dispute Resolution (ADR) mechanism is needed in all nations. Existing judicial machinery is unable to cope with extraordinary increase in litigations arising out of new legislations and regulations due to expansion in human activities and interaction. The main object in creating tribunals is to overcome delay in normal judicial process.

In India, the Income Tax Appellate Tribunal was the first tribunal constituted in 1941. It was mainly intended to reduce the workload on courts and expedite resolution of disputes. The First Administrative Reforms Commission in 1966 set up a Study Team on Administrative Tribunals which recommended the setting up of a Civil Services Tribunal. The High Courts Arrears Commission in 1972 also recommended setting up tribunals.

Since 1985, several service matters were brought under tribunals. Law Commission Report of 1988 strongly recommended creation of administrative tribunals as alternatives to high courts and to reduce the backlog in courts.

In Britain, some tribunals are nationwide and some administered by local authorities. They are two-tier institutions with two chambers with similar jurisdiction. The upper or the second tier hears appeals from the first tier. Courts and tribunals follow similar procedures, but tribunals are not part of the regular judicial system. They are specialist judicial bodies and deal with particular area of law. They decide a wide range of cases like employer-employee disputes, appeals against government decisions, tax related issues, immigration problems and so on. Tribunes are paid salary or work for fees.

In Australia, tribunals are of two types, government-sponsored or private, and play an important role. These are either administrative dealing with disputes in administration or civil deciding private disputes relating to different problems. Noteworthy as a unique institution in Australia is the Administrative Appeals Tribunal set up by the Australian government in 1975 with power to review wide range of government decisions. The review is to decide legal validity of the decisions and not their correctness or usefulness.

There are two types of jurisdiction –one is like judiciary where judges hear cases and pronounce judgements, and another is an administrative system responsible for settling disputes between public bodies as well as private individuals. Administrative tribunals have only quasi-judicial functions created under specific laws to adjudicate cases that may arise in the course of implementation of substantive provisions of relative enactments.

In Australia, civil tribunals are concerned with resolving private disputes. In 1975, the Australian court established Administrative Appeals Tribunal as a general administrative tribunal, which has jurisdiction on a range of private disputes, and also review a broad range of government decisions also. There is no such body in UK or Canada or New Zealand. Informality is the main characteristic of tribunals.

There are 42 administrative tribunals in France – 31 in mainland and 11 overseas and 8 administrative courts of appeal.  These have jurisdiction under the ordinary law  and are  actually  called  “courts  of first instance” for all civil  suits and also has a  criminal  division  to  hear minor offences.  A claimant must first bring the case to one of these courts.

In Canada, tribunals commonly called Commissions or Boards, function as quasi-judicial bodies.   In South Africa, tribunals are created to fulfil the constitutional mandate of providing access to justice to all.

Strict separation of powers in the US precludes administrative jurisdiction. The Supreme Court is generally considered an appellate court. The Administrative Procedure Act of 1946 provided a statutory code to govern judicial control of administrative action. The control is, however, restricted to questions of law and its interpretation and does not extend to policy matters.

This common institution functioning in many countries is undergoing changes in India. They   are indicative of their important role and significance. But, tribunals are said to be under-staffed.

Governance including justice delivery is a complicated matter and there is nothing as pure rights, blind application of law, or straight justice. Interests of national unity, security, development, and progress require tact in handling issues and applying laws. —INFA 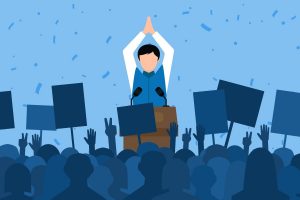