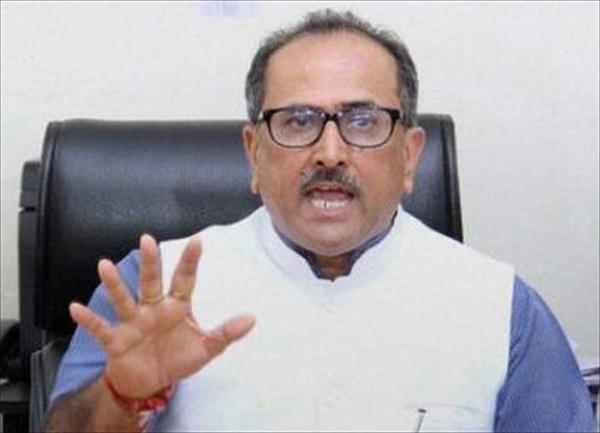 Jammu: In yet another significant development, heated arguments were exchanged between whistle blower Advocate Muzzaffar Ali Shah and Mamta Singh’s Counsel  Advocate Jugal Kishore Gupta before Member(Judicial) Rajesh Sekhri of the J&K Special Tribunal, Jammu, in the ‘application for impleadment’ moved by Advocate Muzzaffar Ali Shah on whose RTI Exposure the JDA had issued Demolition Notice to Dr. Nirmal Singh and his wife Mamta Singh for raising the alleged unauthorised construction of a residential house at village Ban(Nagrota), Jammu.

When the matter came up for hearing yesterday i.e. February 17, 2022 before the Bench headed by Rajesh Sekhri, Member(J), Advocate Muzzaffar Ali Shah appearing in-person submitted his Arguments before the Bench and demonstrated why his assistance would be necessary for a proper adjudication in the matter.

Advocate Muzzaffar Ali Shah while advancing his arguments, took the court through the record placed on the file by him alongwith his application and submitted that it was on his RTI exposure and subsequent application, the JDA was forced to take action in the matter and that too when the double standards of JDA were being questioned by the general public. Advocate Shah further submitted that the JDA has been in collusion with the alleged VVIP violator and has been sheilding the illegal acts of the alleged violator.

Advocate M A Shah vociferously argued that the Appellant Mamta Singh has flouted the law of the land with impunity because the husband of the appellant was holding a High Level Public Office of Deputy Chief Minister of J&K and being a Dy. CM he was also the Chairman of the Board of Directors of the JDA and for this reason the JDA was reluctant to take any action against the high profile violators.

He further submitted that the office which was held by the husband of the appellant  in trust to the Public was misused blatantly to raise the illegal construction and this all happened because of the collusion of the JDA with the alleged violator and finally, Advocate Shah prayed that under these peculiar circumstances, it will serve the ends of justice in case he is impleaded as a party respondent in the case as JDA is hell bent to shield the VVIP violator.

Advocate Jugal Kishore Gupta alongwith Advocate Rahul Sadotra appearing for the appellant Mamta Singh in response submitted that the appellant is not claiming any relief against the applicant seeking Impleadment and that none of the rights of the applicant will be violated in case he is not made party to the proceedings. He further argued that the controversy involved in the appeal is between the alleged violator and the JDA, as such, it is for the JDA only to defend its action. He further argued that the Impleadment of the Applicant will result in Media Trial as the media is reporting all the proceedings in the matter.

Advocate Jugal Kishore Gupta made a scathing attack on the whistle blower and referred to the objections filed by him on behalf of Mamta Singh and  vehemently argued that Advocate Shah is reporting the matter to the media and the general public which is causing prejudice to the rights of the Appellant Mamta Singh. At this stage, Advocate M A Shah submitted that public has a right to know what is happening in this matter of grave public importance and there is no bar under law to report the same as the proceedings are not in-camera proceedings. He further submitted that the Supreme Court has recently held that Court Proceedings which are held in ‘Open Court’ can be reported and it ensures the accountability of the courts.

The Law Officer of the JDA was also present in the case and informed the Bench that the Counsel appearing for the JDA, Advocate Adarsh Sharma is occupied before the Division Bench of the High Court of J&K and Ladakh, Jammu and sought time on his behalf to advance the Arguments in the matter.

After hearing the arguments of both the sides and considering the rival contentions of the parties, the J&K Special Tribunal has directed the registry to list the matter on February 25th, 2022 for hearing the arguments of the JDA’s Counsel in the Impleadment Application. The court has further extended the stay on Demolition till next date of hearing i.e. February 25th, 2022. JNF